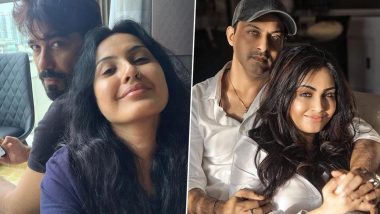 Nach Baliye 10 is happening and thankfully, there will be no ex-lovers in this one or drama unlike in Nach Baliye 9. Only yesterday, there were reports of filmmaker David Dhawan, choreographer Vaibhavi Merchantt and actress Bipasha Basu being roped in as judges for the show. There have also been reports of how the 10th season will be produced by Karan Johar and not Salman Khan. And now, names of three probable contestants have been revealed, out of which 2 of them have already turned down the offer. Nach Baliye 10: Bipasha Basu To Turn Judge For The Dancing Reality Show?.

As per reports in Bombay Times, Shubhangi Atre Poorey and Piyush Poorey, Kamya Punjabi and Shalabh Dang have been approached, but Mona Jaswir Singh and Shyam Gopalan are rumoured to have been approached. While Kamya and Mona have turned down the offer, Shubhangi is said to be in the advanced stages of talks as the couple is keen on participating. Nach Baliye 10: Rubina Dilaik Denies Being Approached for the Dance Reality Show Along With Husband Abhinav Shukla.

A source associated with the show revealed to the daily, "This time, we are looking for couples where one partner isn’t an actor. Shubhangi is a trained dancer and a popular face on the small screen. She will be ideal for the show. We are expecting her to sign on the dotted line soon."

Kamya Panjabi, who tied the knot with Shalabh Dang in February 2020, confirmed that she had been approached but had to turn down the offer. "No, we aren’t taking it up. Shalabh is in the healthcare industry and is busy serving people and saving lives. He can’t leave Delhi and stay in Mumbai for three months for the show in these trying times," revealed Kamya. Mona on the other had, refuted the rumours and revealed, "Not at all." Well, looks like this time's theme will be more interesting than last season's and we are excited.

(The above story first appeared on LatestLY on Aug 11, 2020 03:41 PM IST. For more news and updates on politics, world, sports, entertainment and lifestyle, log on to our website latestly.com).