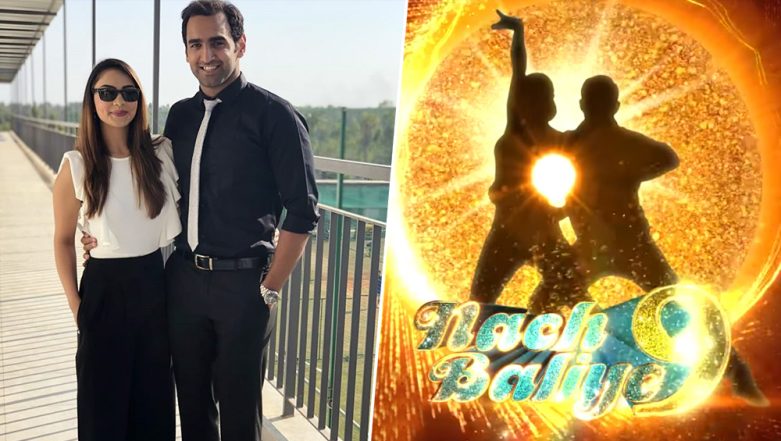 After multiple names like that of ex-participants Madhurima Tuli-Vishal Aditya Singh and Urvashi Dholakia-Anuj Sachdeva, and even Prem Ratan Dhan Paayo actress Aashika Bhatia entering the show with ex-boyfriend Manjul Khattar, the Salman Khan produced Nach Baliye 9 has found its first set of wildcard entrants in Kasautii Zindagii Kay 2’s Nivedita Basu. Actress Pooja Bannerjee and her national-level swimmer husband Sandeep Sejwal have been finalised for the show and from what reports in Bombay Times say, the pair has even started rehearsing for the same. Nach Baliye 9: ‘NO ELIMINATION’ This Week On Salman Khan’s Dance Reality Show, Wildcards To Enter Next Week!

This season of Nach Baliye 9 would qualify as one of the most talked-about and controversial seasons of the dance reality show, purely because of its concept that sees ex-couples also participating, alongside the current ones. Where on one side, the journey of ex-couples Aly Goni-Natasa Stankovic and Urvashi Dholakia-Anuj Sachdeva was smooth sailing, Madhurima and Vishal ended up being in the news for all the wrong reasons. Nach Baliye 9: Vishal Aditya Singh Confirms Elimination, Says ‘What the Show Chooses to Highlight in Its Promos Is Not My Business’

The duos fights and arguments were the hot topic on every episode of the show and several attempts from judges Raveena Tandon and Ahmed Khan to try to get the couple to become amicable, only failed. Last weekend, the pair was in the news for Madhurima slapping Vishal and even throwing down the mike and walking off the stage in a fit of rage over discussions regarding their behaviour. The said episode also saw the duo’s elimination.

Well, for those who need to be updated, this week’s Nach Baliye 9 episode will see Shraddha Arya-Alam Makkar and Sourabh Raaj Jain-Ridhima Jain in the bottom two, but in a surprise of sorts, there will be no elimination. The following week will see the entry of the wild cards. Well, are you guys excited?