Many are urging makers to choose to end the show instead of going on without Nakuul and Disha. So much so that the social media posts around the show are flooded with comments voicing dislike for this new phase of the show. 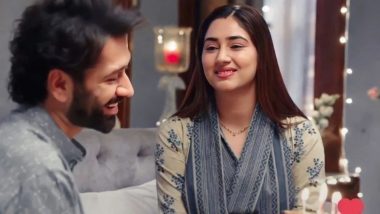 Nakuul Mehta and Disha Parmar have been wooing fans with their chemistry and wit for more than a decade now. From their 2011 TV Show - Pyaar Ka Dard Hai Meetha Meetha Pyaara Pyaara, which garnered an international following for the sweet and enjoyable love story, to their 2021 reunion as the beloved Ram Kapoor from Bandra and Priya Sood in Bade Achhe Lagte Hain 2. After making fans fall head over heels in love with the chemistry and story of #RaYa, rumours suggest that Nakuul and Disha might finally bid adieu to the show. According to various reports, Bade Achhe Lagte Hain 2 is set to take a 20-year leap in the coming months, and both actors will leave the show to make way for a completely new storyline following their daughter Pihu's life. These rumours have left Bade Achhe Lagte Hain 2 fans devastated who are openly demanding for the show to focus on #RaYaKaSafar and hoping for the favourite lead pair - Nakuul and Disha, to stay on. Well, here's what we know so far!

After its premiere in August 2021, Bade Achhe Lagte Hain 2 has been through its ups and downs, with a five-year leap, amnesia and various twists, turns and crimes. And while fans have raised their reservations about various troubles, like the sudden death of Shivina (Ram's sister, played by Sneha Namanandi) to the 5-year leap and the introduction of Pihu as Ram & Priya's daughter. However, the new developments, which suggest that the show will entirely focus on Pihu as an adult, devastated fans. Many are urging makers to choose to end the show instead of going on without Nakuul and Disha. So much so that the social media posts around the show are flooded with comments voicing dislike for this new phase of the show.

RaYa Fans Are Not Happy With The Latest Development 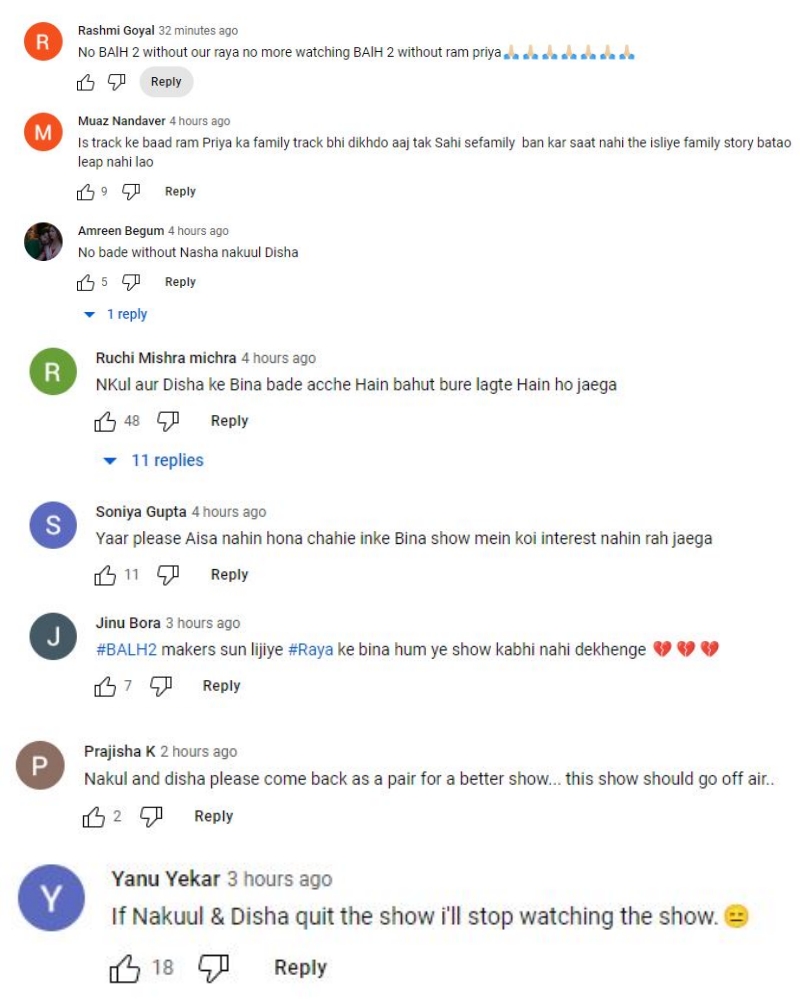 😭😭😭😭 gone are those days. & will probably never return. 💔#BadeAchheLagteHain2 pic.twitter.com/KWY9RPgkSn

Just the idea of Priya / Lovely being around Ram so his memory comes back quickly is enough to bring #BadeAchheLagteHain2 at No. 4! These two can create magic & history together - please don’t take that away!!#ThereIsNoBALH2withoutRaya#ThereIsNoBALH2withoutNasha pic.twitter.com/v3C2GFJe2E

Uff Raya's chemistry is 🔥 totally smitten with each other.will we ever get to see them like this again.#BadeAchheLagteHain2 pic.twitter.com/FmMCjnyJav

Currently, the show revolves around Ram, who has lost his memory post an accident and Priya, who is posing as Lovely (Ram's new Personal Assistant), to help jog his memory. Fans have been enjoying the fun banter between the pair in this new phase, so much so that the show has shot up in the TRP charts. The rumours of Nakuul and Disha's exit will impact the show considerably, as many fans vowed to only stick to the show for the lead pair and the ease and chemistry they share. Bade Achhe Lagte Hain 2 with Nakuul Mehta and Disha Parmar currently airs at 8 pm on Sony TV from Monday to Friday.

(The above story first appeared on LatestLY on Nov 28, 2022 06:19 PM IST. For more news and updates on politics, world, sports, entertainment and lifestyle, log on to our website latestly.com).