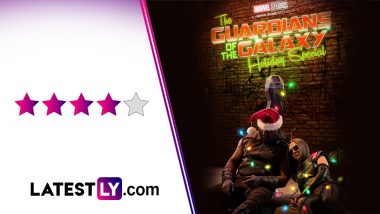 Starting off with an animated flashback where Yondu (Michael Rooker) ruins Christmas for a young Peter Quill/Star-Lord (Chris Pratt), we then go to the present where we see the Guardians have taken over the Celestial head of Knowhere in the absence of the Collector. With it being Christmas time, Mantis (Pom Klementieff) realises that Peter is really sad and wants to cheer him up with the best present ever. After Drax suggests the idea of gifting Kevin Bacon to Quill, the duo then set out to Earth to find the Footloose-star and make Christmas great again. 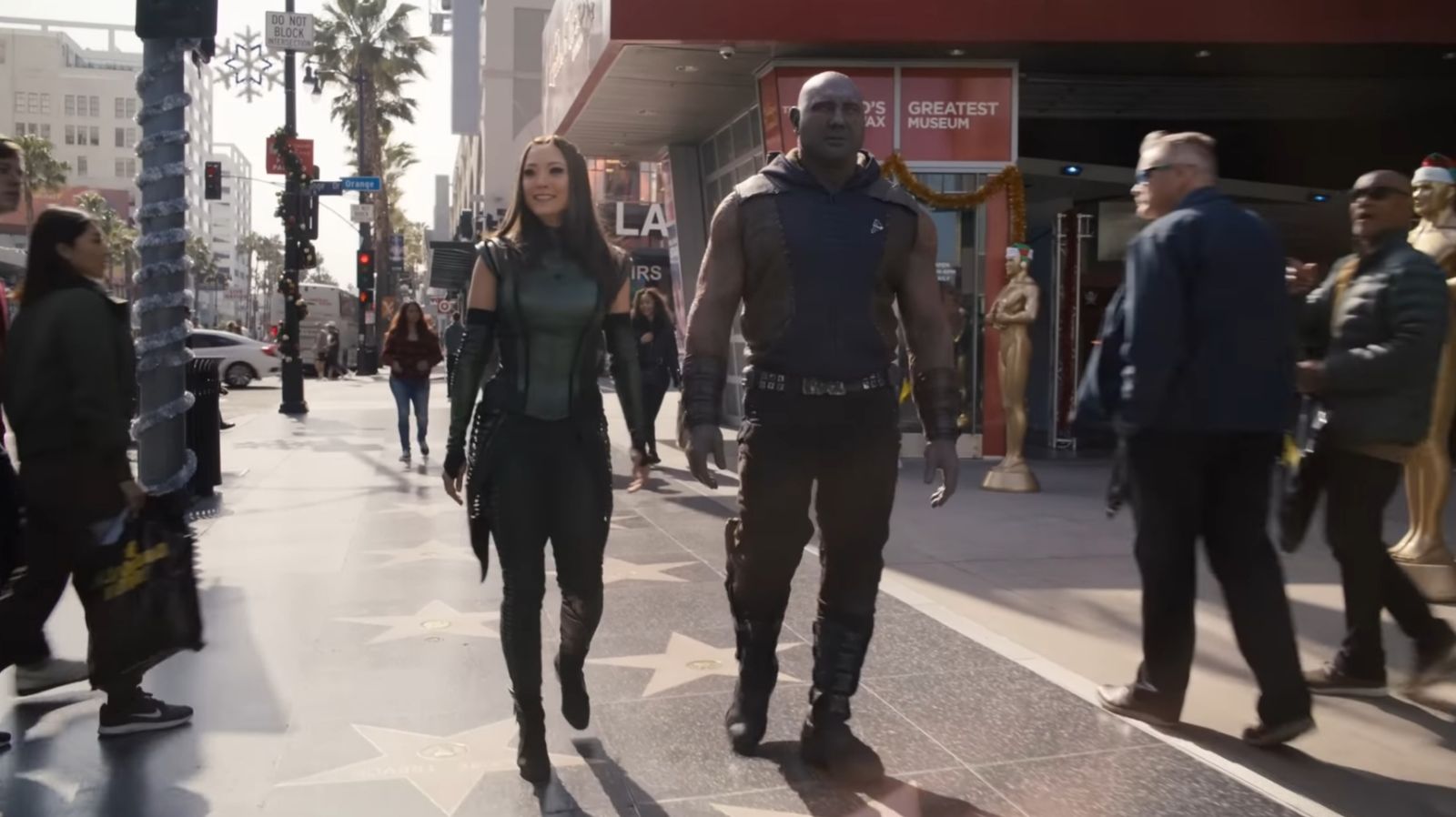 A Still From The Guardians of the Galaxy Holiday Special (Photo Credits: Marvel Studios)

The initial surprise for me in The Guardians of the Galaxy Holiday Special was just how Mantis-focused this presentation felt. Despite nearly the whole classic team of Guardians are present, Pom Klementieff gets her time to shine in this holiday special. With a revelation about her being made, the special immediately clarifies why she is so desperate to make this a Christmas to remember for Peter. Klementieff is hilarious in the role, but the writing here allows her to tap into a more sentimental side too that makes this journey heartwarming.

Her chemistry with Drax (Dave Bautista) remains a highlight as well. With the duo going to Los Angeles and wreaking havoc on Hollywood Boulevard in an effort to find Kevin Bacon, the pair have a fish-out-of-water element to them that makes for some funny sequences. Tourists thinking of them as cosplayers and tipping them money or going to a bar and getting blacked-out drunk, Mantis and Drax are the comedic duo of MCU that feel natural in their execution.

Was a bit underwhelmed though with how much of the other Guardians were featured over here. Nebula (Karen Gillan), Rocket (Bradley Cooper) and Groot (Vin Diesel) are barely present here, and those who were expecting more of them, maybe temper your expectations a bit. However, there is one joke though with Rocket that had me in stitches and pays off a specific moment that was set up in the past. Also desperately need more of Maria Bakalova as Cosmo the Spacedog.

Also introducing Kevin Bacon to the MCU, Peter Quill’s personal hero, the actor’s inclusion is a delight. With him leading Mantis and Drax on a chase with them eventually kidnapping him and bringing the star to Knowhere, his appearance made for a heartfelt touch, which in turn made Chris Pratt’s limited role as Star-Lord all the more special too. But that’s not all of it, better bring some tissues because the ending surely packs in a punch that only James Gunn could pull off and brings this feel-good adventure to a surprisingly emotional close. Black Panther Wakanda Forever Movie Review: Tenoch Huerta, Letitia Wright Bring Their A-Game to Marvel’s Most Poignant Film Yet! (LatestLY Exclusive). 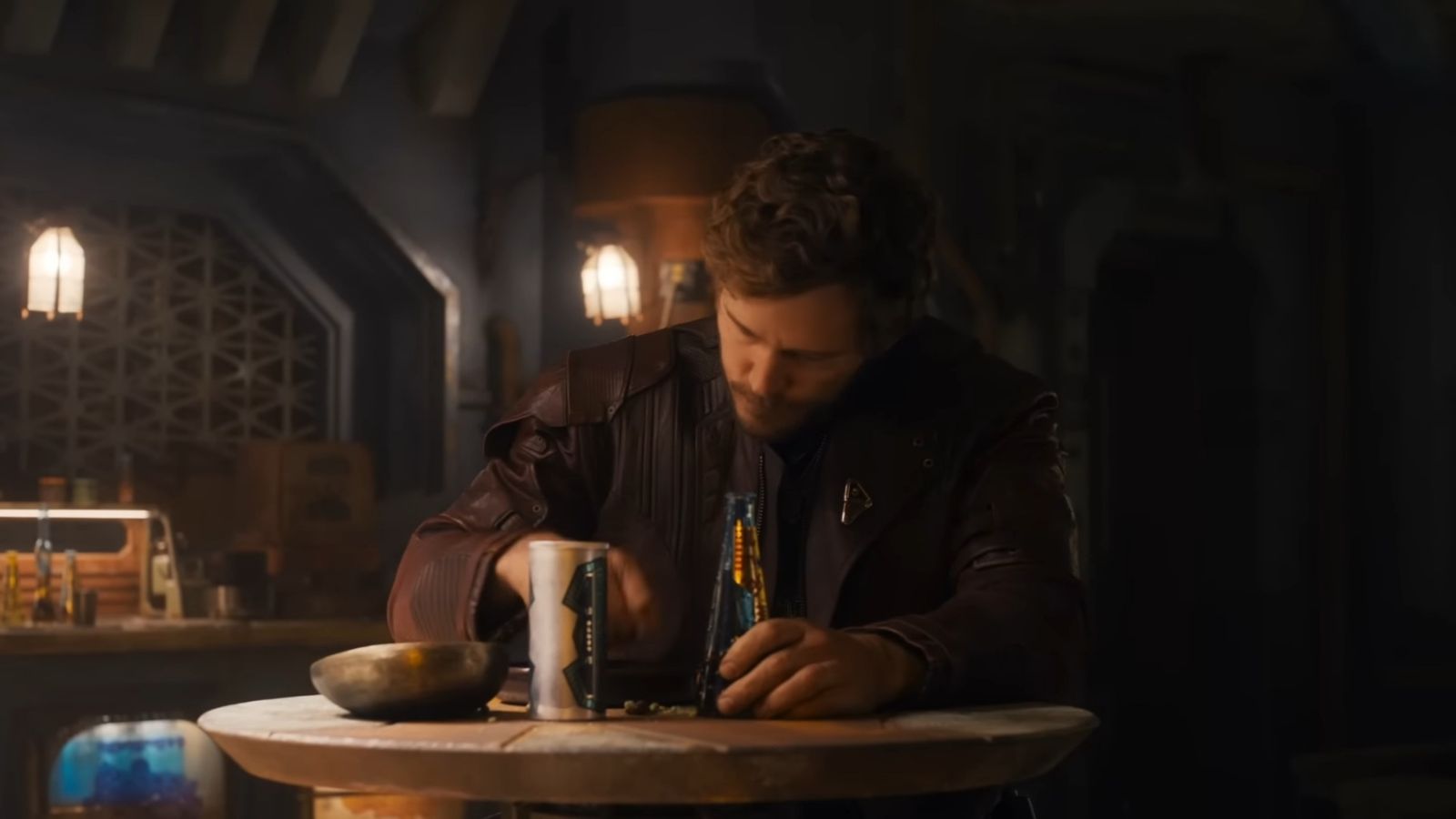 A Still From The Guardians of the Galaxy Holiday Special (Photo Credits: Marvel Studios)

The soundtrack for The Guardians of the Galaxy Holiday Special was a huge delight too. Beginning with a rock-and-roll Christmas carol that gives an inaccurate depiction of Santa based on Rocket’s understanding of him, this is a selection of songs that I will surely be listening to on repeat.

Not Much of the Entire Guardians Team

(The above story first appeared on LatestLY on Nov 23, 2022 10:30 PM IST. For more news and updates on politics, world, sports, entertainment and lifestyle, log on to our website latestly.com).