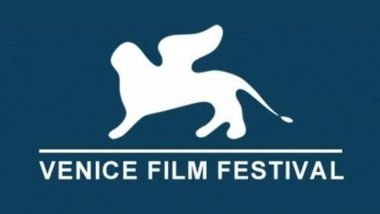 The coronavirus pandemic may have currently paralysed the world, but the Venice Film Festival will go ahead as planned in September this year. Luca Zaia, governor of Veneto, said that the festival, due to take place from September 2 to 12, will be held as planned. The confirmation comes after the Venice Biennale, which oversees the world's longest-running film festival among a number of other arts events, moved its Biennale of Architecture to 2021 but maintained the film festival's dates, reports variety.com. Cannes Film Festival 2020: Organisers to Unveil Official Selection of Movies by Early June.

Zaia shared that the Biennale of Architecture was postponed due to "complications in constructing the necessary pavilions". However, the film festival will go ahead as planned, but there will likely be fewer films this year. In May, organisers had sought suggestions regarding the upcoming edition of the film festival. The letter, signed by Venice's artistic director Alberto Barbera, aimed at figuring out how many filmmakers, actors and producers were keen to participate. Cannes Film Festival Rules Out a Physical Edition in 2020 Due to COVID-19 Crisis, Will Collaborate With Venice and Other Fall Festivals For Screenings.

"We know that it would be simply impossible to plan a festival without knowing if you all are willing to use the Festival to give a new start and a strong sign for keeping cinema alive, even in these difficult times," wrote Barbera. The letter further asked producers and sales agents about "the concrete possibility of bringing (talent) to accompany the invited films". Following the response, the organisers seem confident that the festival can go ahead as planned. However, the look and organisation of the film gala is going to be different in 2020 compared to other years, though details are yet to be released.

Previously, Venice declared that the festival was not too keen to go for the a possible virtual option, although a "virtual screening room, using a safe online platform" was being considered for those who won't be able to attend but are accredited. In January, the festival organisers revealed that actress Cate Blanchett will serve as the jury president.

(The above story first appeared on LatestLY on May 25, 2020 03:40 PM IST. For more news and updates on politics, world, sports, entertainment and lifestyle, log on to our website latestly.com).