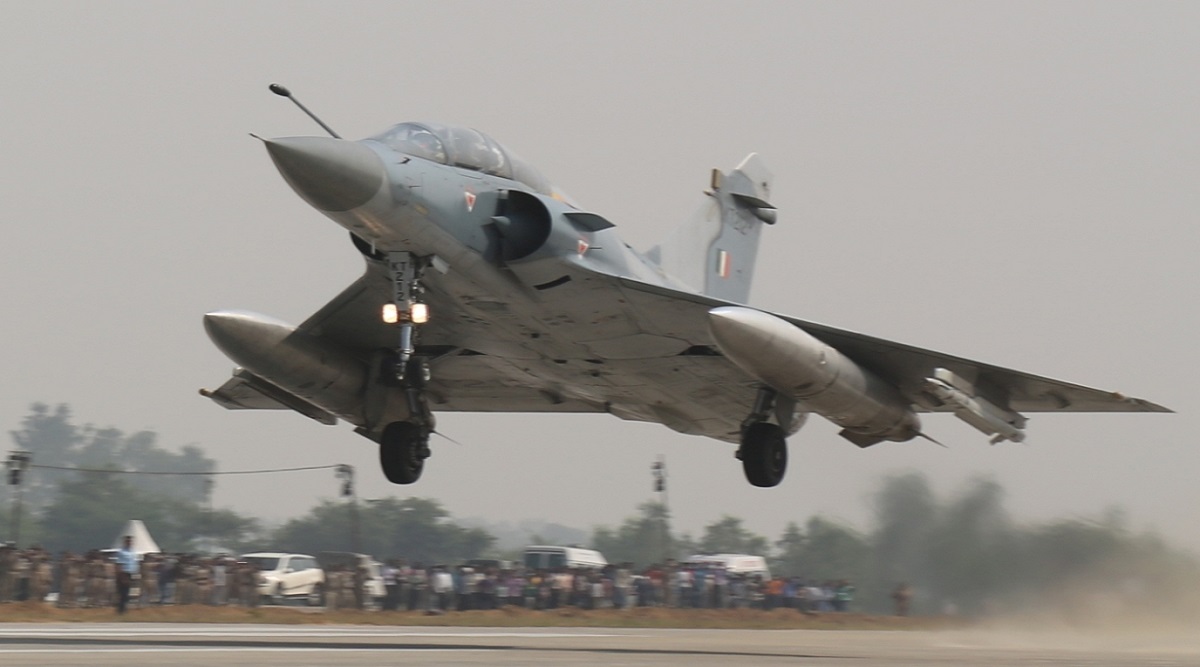 In the morning, Pakistan Army’s Major General Asif Ghafoor confirmed that the IAF crossed the border but denied that there were any terror camps. He said that the payload was dropped in an uninhabited wooded hilltop area near Balakot. Meanwhile, the then Foreign Secretary Vijay Gokhale confirmed the attack. In a press briefing, he said that the IAF struck the biggest training camp of JeM in Balakot in Pakistan's Khyber Pakhtunkhwa province. Gokhale added that a very large number of JeM terrorists were killed. Pakistan Says Indian Air Force Violated Airspace After IAF Strikes JeM Camps Across LoC in Balakot.

What Led to Balakot Strikes?

A day after the Pulwama Attack, New Delhi briefed envoys of 25 countries about the situation. On the same day, India also summoned Pakistan high commissioner Sohail Mahmood to lodge a strong protest over the attack. Lt. Gen. Kanwal Jeet Singh Dhillon, the GOC-in-Chief of the Srinagar-based 15 Corps gave a stern warning to Pakistan. Pakistan Prime Minister Imran Khan in anticipation of India’s retaliation, said that Pakistan forces would not hesitate in responding to New Delhi’s aggression.

According to reports, at around 3:30 am on February 26, 12 Mirage 2000 Indian Fighter jets struck terror camps across the LoC in Balakot. The Indian fighter jets dropped high precision “Spice” bombs on the terror camps. There were no officials of the casualties suffered by terrorists. However, some media reports claimed that 250-300 terrorist were killed. In one of the press briefings after the airstrikes, the then Chief of Air Staff Air Chief Marshal (R) BS Dhanoa had said that the IAF jest hit their targets. However, he denied commenting on the casualties. Meanwhile, at around 7 am on February 26, Pakistan Army’s DG-ISPR tweeted pictures of uprooted trees claiming that IAF jets dropped bombs in the vicinity of the town of Balakot.

A day after the Balakot Airstrikes, on February 27, 2019, at around 10:00 am, a large package of Pakistan Air Force (PAF) aircraft heading towards the Indian territory in Jammu and Kashmir. The PAF jets breached the Indian airspace west of Rajouri in Sunderbani area. In retaliation, IAF fighter jets including MiG-21 Bison, Su-30 MKI, Mirage-2000 took off from several airbases in the North to intercept the PAF aircraft, which attempting to target military installations. Air Force Day 2019: Wing Commander Abhinandan Varthaman, Balakot Air Strike Heroes Participate in Flypast - Watch Video.

The PAF jets were chased away from the Indian airspace. In the aerial dogfight which lasted for 15 minutes, one of the IAF’s Mig-21 Bison piloted by Wing Commander Abhinandan Varthaman down PAF's F-16 fight jet. Later his plane was also shot down. Though Wg Cmdr ejected safely, but his parachute drifted to Pakistan Occupied Kashmir. He was then captured by the Pakistani Army. After 60 hours, the IAF officer was released by Pakistan

It was the second instance when the Indian forces crossed the LoC to destroy terror camps. Earlier on September 29, 2016, the Indian Army conducted surgical strikes in Pakistan after the terror attack on its base near the town of Uri in Jammu and Kashmir , which claimed the life of 19 army men.