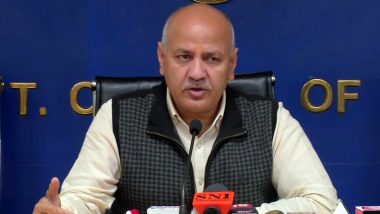 New Delhi, August 10: The Delhi government on Monday told the Supreme Court that university exams in the national capital territory had been cancelled. The Aam Aadmi Party (AAP) government filed a reply in the Supreme Court in response to the petition challenging the University Grant Commission’s (UGC’s) guidelines to the conduct of exams by September 30.

The Delhi government has also directed Delhi State Universities to cancel all written online and offline semester examinations including final year exams. The AAP government took the decision not to conduct exams on July 11. The government also asked universities in Delhi to find an alternative to promote students. UGC Issues Revised Guidelines on Examinations And Academic Calendar 2020, Final Year Exams to be Held by September End.

According to a report published in Bar And Bench, the decision to cancel university exams was taken by Deputy Chief Minister/Higher and Technical Education Minister of the National Capital Territory Manish Sisodia in the wake of rising COVID-19 cases in Delhi. 'Cancel Final Year Exams of Delhi University and Other Central Universities': Arvind Kejriwal in Letter to PM Narendra Modi.

However, according to the affidavit filed by the Delhi government, some vice-chancellors of certain universities were in favour of conducting final semester exams. Six universities in Delhi have completed the final year examination by online mode, while GGSIP University and Delhi Pharmaceutical Science and Research University are devising a mechanism for assessment to award marks to final year students, reported India Today.

(The above story first appeared on LatestLY on Aug 10, 2020 12:45 PM IST. For more news and updates on politics, world, sports, entertainment and lifestyle, log on to our website latestly.com).