Aadhaar Card For Children Below 5 Years: What is Blue Aadhaar or Baal Aadhaar? Here’s How to Apply

The government has launched ‘Blue Aadhar Cards’ for children below the age of 5. 'Blue Aadhaar card' is also called 'Baal Aadhaar Card'. 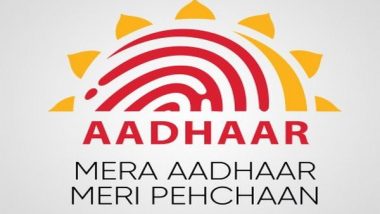 Aadhaar card has become the most important document these days. Its use has become essential for availing various other services including banking, vehicle registration and insurance policies. Aadhaar card contains authenticated information of your biometrics and important personal information is recorded.

Baal Aadhaar is a blue-coloured card for children below the age of five years. The Aadhaar card for a child or Baal Aadhaar is issued free of cost. Blue Aadhaar does not require the child's biometric information. However, the biometrics of children that is their fingerprints and iris scans are not linked with the Baal Aadhaar card. When the child turns 5, his/her biometrics (facial photograph, iris scan, and fingerprints) have to be mandatorily updated on the Aadhaar Card.  Aadhaar Photo Update: Here’s How To Update the Photograph on Your Aadhaar Card in Simple Steps

While applying for Baal Aadhaar, you will need the child's birth certificate.

The first update Baal Aadhaar card happens once when the child turns 5 years old and it is updated again mandatorily once the child is 15 years old.

1.Parents need to visit the nearby Aadhar card enrollment centre along with the necessary documents. These include address proof and birth certificate of the child.

2.Then, they need to fill out the application form and attach the documents along with it. They also have to provide their own Aadhaar information.

3.They need to fill in a mobile number for the purpose of registration of Blue baal Aadhaar Card.

4.Then, a photo of the child will be clicked at the enrollment centre. This photo will be carried on the Aadhar card.

5.The documents will be verified and after proper verification, a text message will be received on the above-mentioned mobile number confirming the same.

6. The Baal Aadhar card will be issued within 60 days of verification.

(The above story first appeared on LatestLY on Aug 17, 2022 01:51 PM IST. For more news and updates on politics, world, sports, entertainment and lifestyle, log on to our website latestly.com).