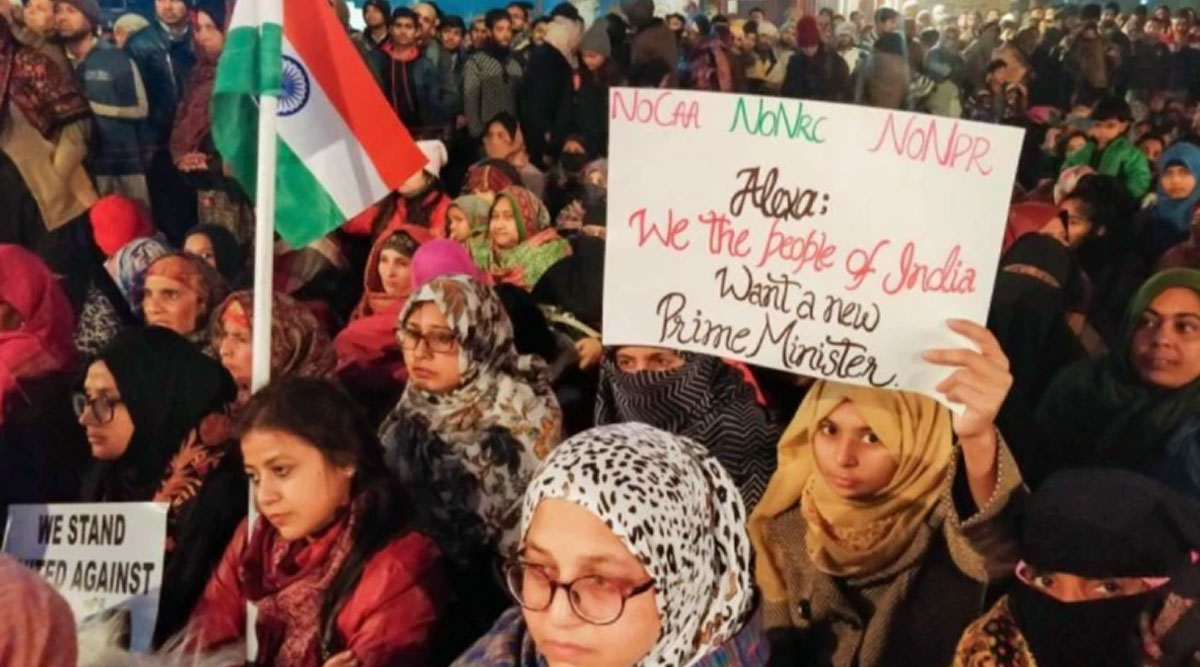 International Women’s Day 2020 will be observed on March 8. This year’s observation is significant as women across the world have been actively participating in addressing social and gender issues while demanding justice. The #MeToo, #TimesUp and Shaheen Bagh protest in India are creating a significant influence in the era of Fourth Wave Feminism. The movement within feminism that began from 2012 focuses on sexual harassment, body shaming and rape culture, among other issues, saw women as a definite figure in saving a country’s Constitution with Shaheen Bagh protestors. It arguably emerged as the epitome of fourth-wave feminism, compelling women to lead protests across India.

Women in India are among the most vigorous opponents of two new laws that allegedly threaten the citizenship rights of vulnerable groups like Muslims and lower income groups. The Citizenship Amendment Act (CAA), passed in December 2019, grants citizenship for undocumented refugees from Bangladesh, Afghanistan and Pakistan, but only to those who are Hindus, Sikhs, Buddhists, Jains and Christians. The National Register of Citizens (NRC), which is yet to be announced nationwide, seeks residents in India to furnish extensive legal documentation to prove their citizenship. Critics have called the moves unconstitutional, adding that it threatens the country’s secularism. Shaheen Bagh Displays Communal Harmony, Azan and Havan Held Simultaneously at Site of Protest.

As protests continue against CAA and NRC, some of the key images galvanising demonstrators are that of young women on the front lines—dancing and singing defiantly, holding witty posters, protecting fellow male protesters from police brutality, handing out roses to the police and gathering at public places in large number, across the country. But the most enduring is round the clock sit-in of women in the working-class Delhi neighbourhood, Shaheen Bagh.

From students to grandmothers, these fearless females have abandoned their daily duties and braved near-freezing temperatures taking to the street in the Indian capital. This is the striking act of resistance in a largely patriarchal country. Women have historically had their rights denied. They have been protesting all their lives, and Shaheen Bagh’s battle against CAA and NRC has stunned the nation. They have inspired many similar protests in big and small cities around India.

For more than a month now, women in solidarity with Shaheen Bagh protestors, continue their sit-in protest on Morland Road in Nagpada. From attracting over 4,000 people in the first few days of February, the protest popularly known as Mumbai Bagh, continues to be what has been considered as the next most uprising gathering led by women, fighting against CAA and NRC.

Drawing inspiration from the Shaheen Bagh protesters, thousands of protestors in Chennai, majorly women, continue their agitation, raising slogans against CAA and NRC. The protesters are firm in their demand that the Tamil Nadu government should pass an Assembly resolution stating that the NPR, which most are calling to be the first step towards NRC, will not be implemented in the state. The protest began in early February 2020 on reportedly two narrow streets - the Sajja Munusamy Street and the Aziz Mohamed Street. From raising slogans to even organising a baby shower for an expecting mother, the protest stands as another example.

On January 7, 2020, female residents of Park Circus, Kolkata, gathered at Park Circus Maidan to voice their dissent against the CAA. It became one of the most organised protests and was also acclaimed by famous personalities and politicians. On request from the protesters, the West Bengal state government provided them with tents, bio-toilets, running water and lights so that the protest could run continuously. Why Citizenship Amendment Act+NRC Raise Fear And Concerns: A Multi-Dimensional Take.

Thousands of people, mainly women, from all communities have been gathering at Shanti Bagh in Gaya, Bihar, for nearly two months now, singing songs, reciting poems and listening to speeches to save the Constitution. The protest initially did not receive much attention from the media but they were undeterred. The sit-in protest is continuing with an overwhelming number of people in Gaya town. As the name Shanti Bagh suggests, the protestors have been talking peace, sending the messages of social harmony that is inclusive.

What is the Fourth Wave Feminism?

To those who are new with the term, Fourth Wave Feminism is a phase that began around 2012, characterised by a focus on women empowerment and the user of internet tools. It is significantly online where activists meet and plan their activism and its where feminist debates take place. The Fourth Wave activist can take place on the internet like the #MeToo tweets, and it can also take place on the streets like the Women's March and current Shaheenbagh Protest, but it can also propagate online.

Indian women have come together in protest earlier, too, to speak out on social issues. But the 2012 brutal gang rape and murder of a 23-year-old Delhi woman sparked nationwide protests. All at once, India witnessed the power of women’s rage. And that will not calm down, any time soon. The current women-led anti-citizenship law demonstrations are more significant than ever and create a massive impact on the fourth wave of feminism. The protest at Shaheen Bagh and other similar acts across the country led by females are proof that women are unshakable. When it comes to protecting human rights, their revolution has the power to rewrite history, also challenging the myth that women-led movements are only for women’s rights. It is far beyond that!