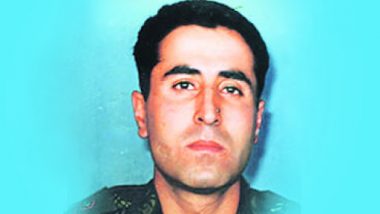 Today is the 21st death anniversary of Captain Vikram Batra, a Param Vir Chakra awardee, who lost his life in the Kargil War on July 7, 1999, while fighting Pakistani intruders. Captain Batra displayed exemplary bravery in the battleground and his "Yeh Dil Maange More! (My heart seeks for more)" battle cry is an inspiration for gentleman cadets and young officers of the Indian forces. Shaheed Captain Vikram Batra 21st Death Anniversary: Remembering the 1999 Kargil War Hero.

Born on September 9, 1974, in Himachal Pradesh's Palampur, Captain Batra got his primary education from his mother and then went to DAV public school. At college, he joined the National cadet corps and then started his journey to serve the nation. At a young age of 24, Batra lost his life in the battle of Kargil War against Pakistan.

Senior Journalist Barkha Dutt paid homage to Vikram Batra on Twitter and recalled the time when she met Indian Bravehearts in Kargil. "21 years ago I met the extraordinary #VikramBatra, Code name, Sher Shah, the swashbuckling soldier who was one of the first interviews I did at the #Kargil frontline and would be the first obituary tribute I'd write as well. It feels like yesterday to me. I can hear his laugh," she said.

"Arent you scared sometimes, I asked him at the war front, sitting under a tent with him. He threw his head back and laughed, "Yeh Dil Maange More," - elevating a Pepsi slogan into national motto," Barkha Dutt tweeted while sharing a Youtube video.

Arent you scared sometimes, I asked him at the war front, sitting under a tent with him. He threw his head back and laughed, "Yeh Dil Maange More," - elevating a Pepsi slogan into national motto. https://t.co/VY4xHkrFc7

Batra was known for his courage and valour. During the war, the young officer had a code name "Sher Shah". For his bravery, Captain Batra was awarded Param Vir Chakra posthumously.

(The above story first appeared on LatestLY on Jul 07, 2020 11:19 AM IST. For more news and updates on politics, world, sports, entertainment and lifestyle, log on to our website latestly.com).