Central government employees, under the 7th Pay Commission, will receive a piece of good news ahead of Diwali 2021. 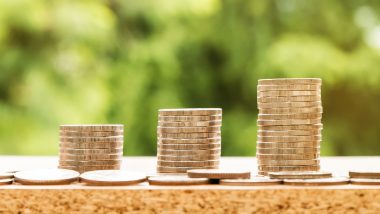 If reports are to be believed, the Centre is likely to announce 3 percent hike in the DA rate before the festival of Diwali. The rate of DA is usually hiked twice every year. This year, however, the DA rate, under the 7th Pay Commission, has been increased just once. Currently, central government employees get 28 percent of their basic pay as dearness allowance. This rate of DA calculation came to effect from July 1. 7th Pay Commission Latest News Today: Salary Hike Ranging Between Rs 6,480 and Rs 81,000 Likely If DA Rate Hiked to 31%, Check Calculation.

According to a report by DNA, a hike of 3 percent in the DA rate is more likely. The All India Consumer Price Index (AICPI), the report said, has reached from 120.6 points in May 2021 to 121.7 points in June 2021, following an increase of 1.1 points. "Accordingly, dearness allowance will be 31.18 per cent, but, the calculation of DA is done in the round figure," it said, adding that hence 3 percent hike in the DA rate is expected.

(The above story first appeared on LatestLY on Oct 05, 2021 12:38 PM IST. For more news and updates on politics, world, sports, entertainment and lifestyle, log on to our website latestly.com).