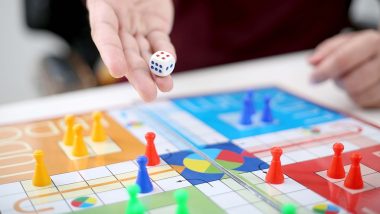 Bhopal, September 26: A woman in the Madhya Pradesh capital sought legal remedy in a case of "cheating". The authorities were surprised after they learnt that the cheating case pertained to a "game of ludo". The complainant is a 24-year-old woman, who is seeking action against her own father for allegedly cheating her in a board game. Ludo Fight Takes a Hilarious Turn As Wife Accuses Husband of Being ‘Dishonest’ While Playing the Board Game, Both Land in Police Station.

The incident was reported in Bhopal, where the woman has moved the Family Court in a bid to sue her father. The counsellors at the court have taken cognisance of the matter and are attempting to counsel her.

Madhya Pradesh: A 24-year-old woman approaches Bhopal Family Court, alleging cheating by her father in a ludo game. "She said she trusted her father so much & didn't expect him to cheat. We have conducted 4 counselling sessions with her," says Sarita, a counsellor at the court. pic.twitter.com/WDgukJ53Jn

A counsellor at the court, while speaking to reporters, confirmed that the woman wants to take legal action against her father for breaking her trust. She has also undergone counselling sessions at the court.

"She said she trusted her father so much and didn't expect him to cheat. We have conducted 4 counselling sessions with her," said Sarita, a counsellor at the court.

"The woman said she lost respect for her father as he went on to defeat her. She feels that her father should have lost in the game for the sake of her happiness. After 4 counselling sessions, she now feels positive," Sarita was further reported as saying by ANI.

A similar case was reported in Uttar Pradesh on April 11, when a woman in Farrukhabad approached the nearest police station to file a complaint against her husband for "cheating" her in a ludo game.

(The above story first appeared on LatestLY on Sep 26, 2020 10:36 PM IST. For more news and updates on politics, world, sports, entertainment and lifestyle, log on to our website latestly.com).