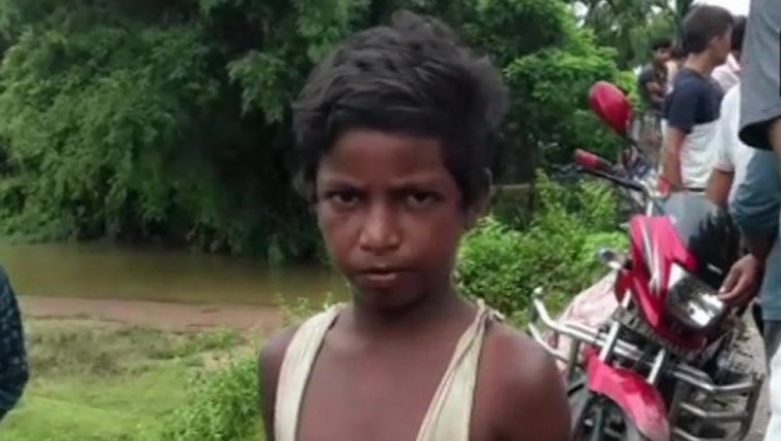 Sonitpur, July 9: Now the rainy season is here, it is normal if the water in rivers or lakes suddenly increases. Which means people should be more careful while getting into the water. One family learned this lesson when an 11-year-old boy jumped into a river to save the woman and her child from drowning. Indian Navy Marine Commando Rescues Mother-Daughter Duo from Kashmir's Wular lake.

According to ANI tweet, the minor, Uttam Tati from Missamari village in Assam's Sonitpur district saved a woman and her child from drowning in the river on July 7. The incident took place when the woman was crossing the small river with her child when water in the river suddenly increased.

Sonitpur: Uttam Tati (pic 1),a 11-year-old boy from Missamari saved a woman & her child from drowning in the river on July 7. Lakhya Jyoti Das,District Magistrate,says,"the woman was trying to cross a small river with her 2 kids when water in the river suddenly increased." #Assam pic.twitter.com/YcvmPYTVqA

Seeing them in distress, Uttam without thinking of his safety jumped into the river and saved the duo. Taking note of his bravery, Lakhya Jyoti Das, District Magistrate, said, "We have spoken to Deputy Commissioner to acknowledge the child's bravery at the national level."

Last month, a woman and her daughter were rescued by Marcos (marine commandos) of Indian Navy after their boat overturned in Wullar Lake in Jammu and Kashmir's Bandipora district. On spotting them, Marcos immediately swung into action and rescued them.