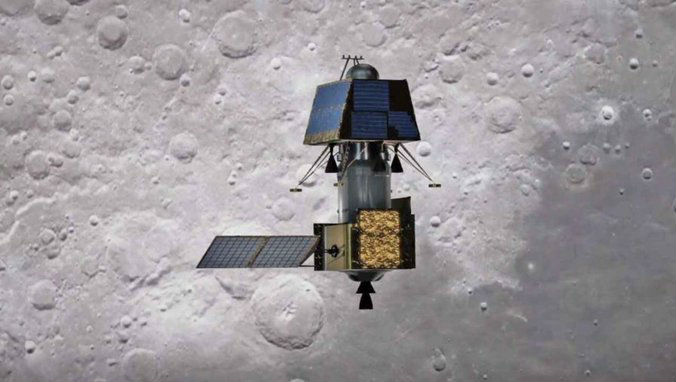 New Delhi, September 9: The Embassy of Japan in India has applauded Indian Space Research Organisation (ISRO) and its scientists for Chandrayaan-2 moon mission. Referring to the challenges and the complexity of the overall probe mission, the Embassy of Japan in India said, "We applaud the ISRO and their scientists for their challenges with the Chandrayaan-2". Chandrayaan 2: Vikram Lander Lies Tilted on Moon’s Surface, Intact in One Piece, Says ISRO.

Exuding confidence in Indian Space Agency for continuing lunar exploration, it said, "We are confident India will continue her contributions to lunar exploration, along which Japan proudly walks". "The JAXA and ISRO are planning a Japan-India joint lunar polar exploration that will be launched in early 2020s," the statement further added.

The Indian Space Research Organisation (ISRO) lost contact with the Vikram Lander, one of three components of the Chandrayaan-2, minutes before its touchdown on the lunar surface in the early hours on Saturday. ISRO had found the location of Lander Vikram on the surface of the moon on Sunday. The orbiter had clicked a thermal image of the Lander. Chandrayaan 2: Possibility of Re-Establishing Communication With Vikram Lander Low, Says ISRO.