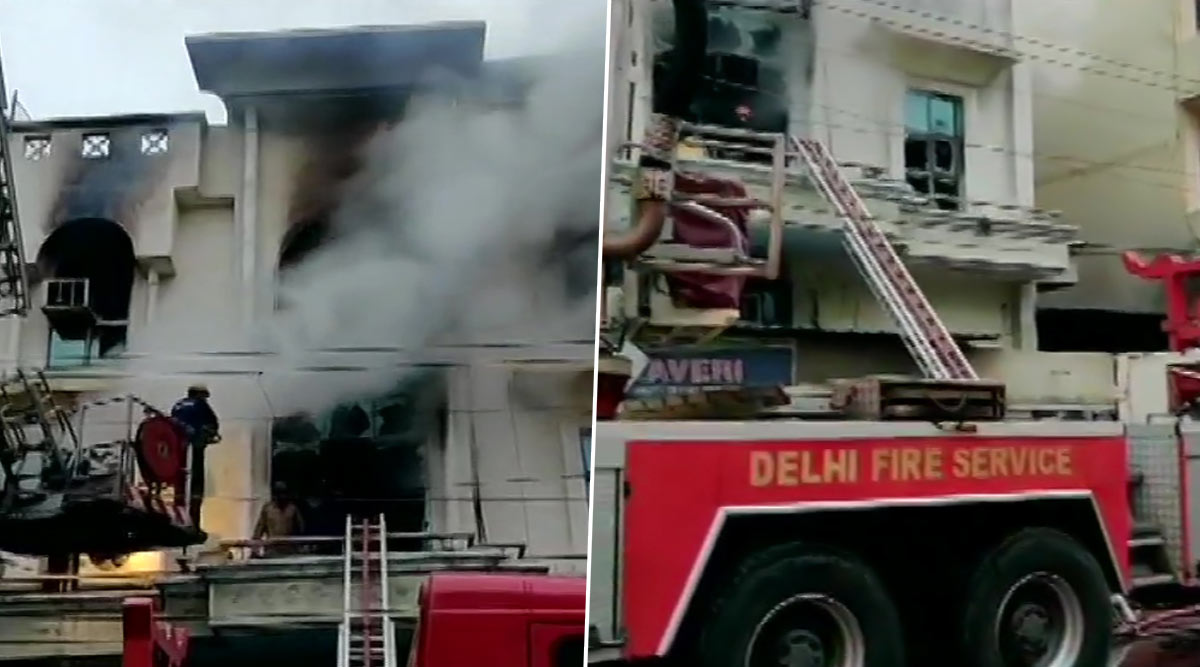 New Delhi, January 9: One person has died in a massive fire that broke out at a three-storeyed paper printing press in Delhi on Thursday. According to a tweet by ANI, the fire broke out at printing press in Patparganj Industrial Area. As soon as the incident was reported, 35 fire tenders were rushed to the spot. The cause of the fire is yet to be ascertained. The rescue operations are in full swing.

The firefighting operation is underway and the firemen are trying to douse the blaze. As soon as the fire was reported, locals alerted the police. According to details by Police, the blaze that started from the ground floor a building soon reached the second floor. The fire was reported at 2.38 am, Delhi Fire Service chief Atul Garg informed. "A total of 30 fire tenders are deployed at the spot. One casualty has happened and the body has been recovered and moved to the hospital," Garg said.

Delhi: Fire broke out at a paper printing press in Patparganj Industrial Area today, one person dead. 35 fire tenders are present at the spot. pic.twitter.com/7syFT5yF7V

The fire incident comes days after a massive blaze in a factory in Delhi's Peeragarhi in which part of the building had collapsed after an explosion. A fire-fighter was killed and 14 others injured. The family of the deceased  firefighter will receive a Rs one crore ex-gratia compensation by the Delhi government. In December 2019, at least nine people were killed in a fire incident in a godown in outer Delhi's Kirari area, the Delhi Fire Service said.