Mujahid, who was a resident of North-East Delhi’s Bhagirathi Vihar, was on duty at the Ob-Gyn ward till Saturday. The report informs that he got tested for the virus at 8 pm and died due to intracranial bleeding around 3 am on Sunday. The doctor had no co-morbidities, the report added. 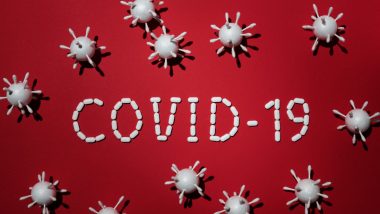 New Delhi, May 10: In a tragic incident, a young doctor at Guru Tegh Bahadur (GTB) Hospital succumbed to COVID-19-related complications on Sunday. The doctor, identified as Dr Anas Mujahid, was working at the GTB Hospital which has been converted into a COVID-19 designated hospital, a report by India Today informed. The 26-year-old doctor and breathed his last hours of testing positive for coronavirus infection. Mujahid had completed his internship after MBBS in January, the report added. Mumbai: Nair Hospital Doctor, Working in COVID-19 Ward, Sustains Head Injury After Ceiling Fan Falls on Him.

The victim's colleague Amir Sohail informed that the two visited his home for iftar on Saturday evening, and while returning to the hotel, provided to all the doctors, Mujahid said he was feverish. Soon after, he decided to take a rapid antigen test at the fever clinic of the GTB hospital and had tested positive for COVID-19. Dr Sohail added that while they were at the clinic, Mujahid suddenly collapsed, following which he was rushed to the casualty ward. The CT scan report revealed a massive bleeding spot in the brain following which he was immediately transferred to the neurological department, where he breathed his last.

(The above story first appeared on LatestLY on May 10, 2021 01:50 PM IST. For more news and updates on politics, world, sports, entertainment and lifestyle, log on to our website latestly.com).