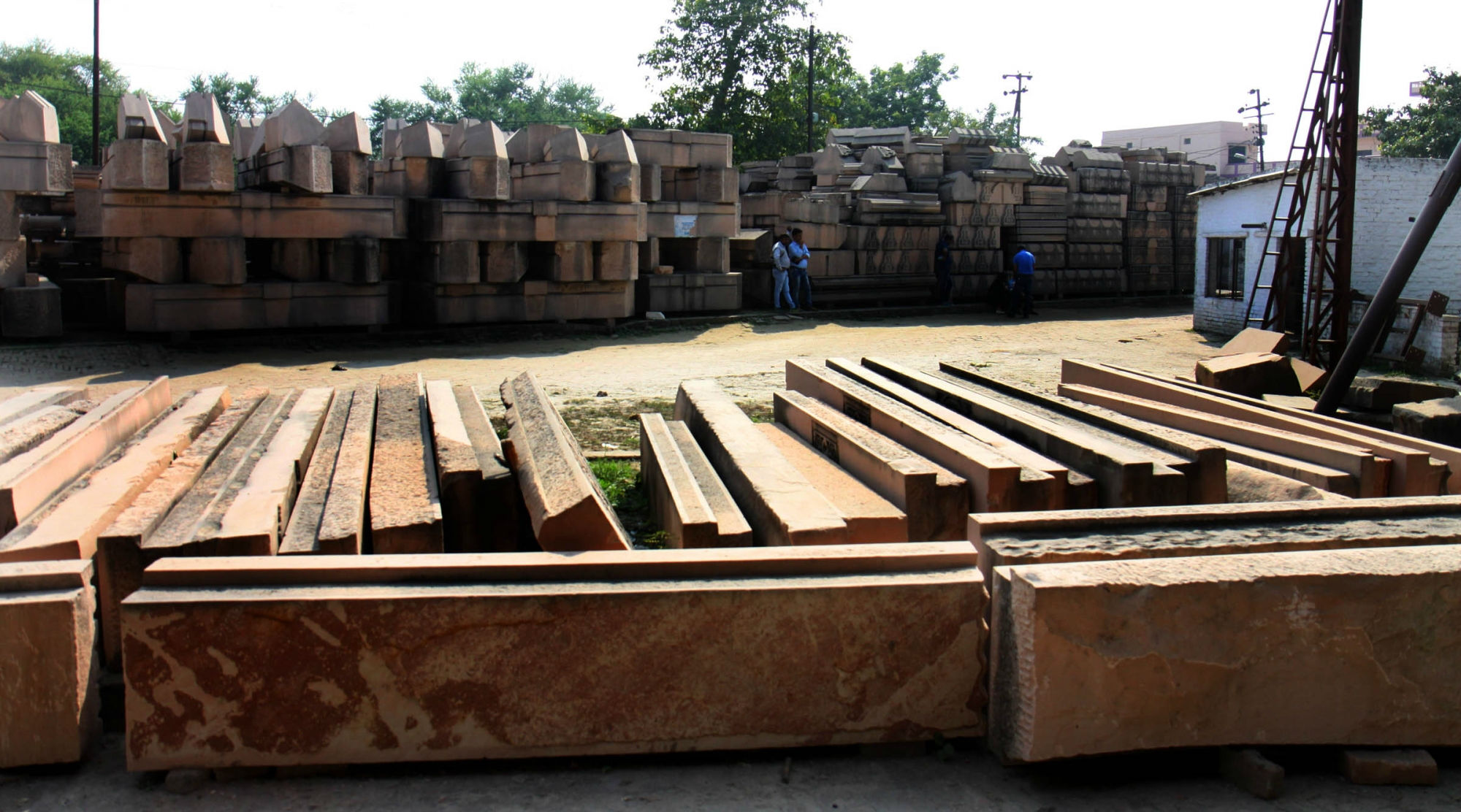 New Delhi, February 19: Shree Ramjanmbhoomi Teerth Kshetra, the trust mandated by the Central government to look after the construction of Ram temple in Ayodhya, will hold its first meeting on Wednesday evening here.

Uttar Pradesh Additional Chief Secretary and Principal Secretary (Home), Awanish Kumar Awasthi. will be present at the meeting. He will leave from Lucknow for New Delhi at 3 pm. During its first meeting, the Trust is set to finalise the "muhurat" for beginning construction and transparent mode for collection of funds apart from discussing the future course of action. Ram Temple Trust 'Shri Ram Janmabhoomi Teerth Kshetra' Formed, Announces PM Narendra Modi in Lok Sabha.

As per sources, the trust is expected to broadly finalise the timeline for the construction schedule of the Ram Janmabhoomi temple. The members would also be discussing the way in which funds need to be generated for it.

The members of the trust would debate on how donations for the construction of temple should be collected through common people, with the focus being on keeping the process transparent and controversy-free, sources said.

The Ramjanmabhoomi trust was formed last month by the Central government after the Supreme Court of India directive regarding it on November 9 last year. Construction of a grand Ram temple at the Ayodhya Janmabhoomi site has been a promise of the Bharatiya Janata party ever since its inception and has been highlighted in each of its electoral manifestos.

The election for the post of various office bearers of the trust is also likely to take place today. The trust notified by the government has its office in Greater Kailash which is also the address of advocate K Parasaran, who had represented Ram Lalla in the decades-old dispute. The 15-members trust has religious as well as civilians members as part of it apart from bureaucrats.

These are Jagatguru Swami Vasudevanand, Jagatguru Swami Vishwas Prasannatheerth from Udupi, Swami Govinddev Giri and Yugpurush Parmanand apart from one Dalit member Kameshwar Chaupal, Dr. Anil Mishra, a homeopathic doctor and Vimlendu Mohan Pratap Mishra who is a descendant of Ayodhya Royal family. Mahant Dhirendra Das of Nirmohi akhara too has got a place in the trust.