Growse did a thorough study of the Indian culture, art, and archeology wherever he was posted during his service. Let's remember the man who stood up for Hindi language, contributed to Indian heritage, and translated Tulsidas's Ramcharitmanas into English on the occasion of his 128th death anniversary. 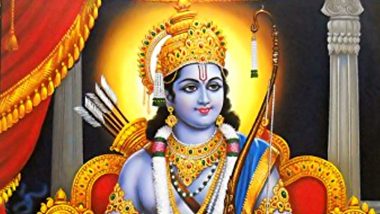 “A spiritual star — wrought in a rose

Of light in Paradise, whose only self

Is consciousness of glory wide diffused.”

--- taken from the translated version of 'Ramayana by Tulsi Das'

Frederic Salmon Growse, a British by birth, played an important part in spreading the teachings of the Ramcharitmanas to the world. Growse is known worldwide for translating Tulisdas's Ramcharitmanas into English.

Growse was born in 1836 to Evert Growse, in Suffolk, England. He completed his education from Oriel and Queen’s College, Oxford. He was selected for the Civil Service of Bengal in 1860.

In 1861, when Growse joined as a member of the Asiatic Society, he was introduced to Indian literature, history, and scriptures. Even though British, he grew a keen interest and fondness for the Indian culture.

Growse did a thorough study of the Indian culture, art, and archeology wherever he was posted during his service. Let's remember the man who stood up for Hindi language, contributed to Indian heritage, and translated Tulsidas's Ramcharitmanas into English on the occasion of his 128th death anniversary.

F S Growse is known for having translated Tulsidas's Ramcharitmanas to English. However, the cover page of the translated version reads, 'Ramayana of Tulsidas'. Ramcharitmanas has been translated into different languages but Growse was the first person in the world to do so in the English language.

His translated version of the Ramcharitmanas is divided into seven chapters. These are- 'Childhood', 'Ayodhya', 'The Forest', 'Kishkindya', 'The Beautiful', 'Lanka', and 'The Sequel'.

In 1876, the Asiatic Society General published Growse’s English translation of the Ramcharitmanas. In 1877, the first volume of the translation, 'Balkand', was published from the Government press of the Northwestern Government. By 1880, the entire translation became quite popular soon after being published.

Frederic Salmon Growse also wrote the book, “Mathura, A District Memoir” which describes the culture of Braj, a place associated with Lord Krishna, according to the Hindu Scriptures.

Growse was posted as the District Officer of Western Uttar Pradesh. It was during this time that he started studying the culture of Braj. In the book, Growse discusses religious movements, caste system, social institutions, languages, history and legends, monuments, and even the local luminaries.

According to the book, Growse had planned to write a district memoir about all the places he was posted at. However, none of them could match the quality of "Mathura, a District Memoir”, hence none of them saw the light of the day.

The works of Growse scream his love for India and its culture. He had developed a profound love for Indian languages. In 1866, when a senior member of the Asiatic Society was in support of Urdu-Persian mixed language in the court, it was Growse, who advocated the use of Hindi. Even though Hindi was not chosen as the language in the court, the incident shows Growse's love for the language.

The Later Part of His Life

Growse’s tuberculosis did not stop him from continuing his literature practices. After his retirement in 1890, he moved to England. There, he continued his work at Suffolk Institute of Archaeology and Natural History. In 1892, his work on the history of the Suffolk parish of Bildeston was published.

On May 19, 1893, Growse succumbed to tuberculosis. But, in the later stages of his life, he had immersed himself in worshipping Lord Rama. Growseganj Gate, one of Bulandshahr's four gates, is named for him.

(The above story first appeared on LatestLY on May 19, 2021 12:46 PM IST. For more news and updates on politics, world, sports, entertainment and lifestyle, log on to our website latestly.com).