The estimates were made calculating the past and ongoing nation-state sponsored cyberattacks and organized gang hacking criminal activities. Some of the biggest hacks of 2020 include the Twitter Bitcoin hack, data breach at Marriott, cyberattack on EasyJet, and the SolarWinds hack. 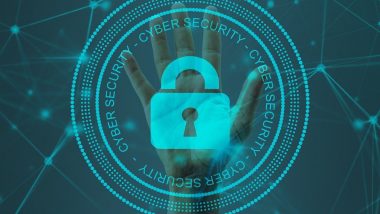 Imagine, if recovering from a cyberattack can cost small scale businesses nearly $200k, how big an impact would such an attack make on Silicon Valley giants like Apple, Uber, Spotify, and Netflix? Unlike the Covid-19 pandemic, cyberattacks aren’t seasonal and are experienced almost every year. In fact, they have gotten worse over the time, globally, making businesses lose millions in the process.

One of the leading researchers, Cybersecurity Ventures, recently claimed that considering the growing rate of cyberattacks, its cost is also expected to grow magnanimously. An increment of at least 15 percent is said to take place every year for the next 5 years, totaling the cost of cyberattacks to $10.5 trillion by 2025, annually.

The estimates were made calculating the past and ongoing nation-state sponsored cyberattacks and organized gang hacking criminal activities. Some of the biggest hacks of 2020 include the Twitter Bitcoin hack, data breach at Marriott, cyberattack on EasyJet, and the SolarWinds hack.

SolarWinds hacking was the biggest example in the recent times explaining in itself, why securing businesses from data breaches is becoming more and more important with each year. SolarWinds’ data was compromised almost a year before its hacking was reported officially.

Now industry experts claim that it would take the firm nearly 18 months to recover from what Microsoft Corp President Brad Smith called the “largest and most sophisticated attack ever”. Russian hackers were accused of carrying out the intricate operation. However, Russia refused to take any responsibility for the hacking campaign that ran for about a year, compromising 18,000 SolarWinds customers.

In the year that the SolarWinds attack was suspected to have actually taken place, another such gigantic attack took place that sophisticatedly worked under wraps before being exposed. It was the state-sponsored hacking of dissidents, activists, journalists and politicians by the United Arab Emirates.

The monarchy hired former NSA and CIA officials via its cybersecurity firm DarkMatter and used a cutting-edge espionage tool called Karma to hack the iPhones of hundreds of its targets for its own conflict of interest. On being questioned, DarkMatter denied any involvement.

When even some of the biggest economies were not spared the horror of hacking, how could Silicon Valley giants stand a chance? A Silicon Valley-based venture capital firm, Sequoia Capital fell prey to a data breach in 2021 that compromised its financial as well as personal data to an unauthorized third party via a phishing attack.

Considering the rapid increase in not only the events of cyberattacks, but also their scale, some of the Silicon Valley leaders are becoming concerned. IBM CEO, Arvind, Krishna calls cybersecurity the “biggest issue” for the next two decades and felt sorry for SolarWinds. The Indian CEO added, “We all spend money on locks and gates and doors. You are going to have to spend a lot more on cybersecurity because all of that other stuff is not that important anymore.”

However, Krishna isn’t alone and is supported by another Silicon Valley CEO Dan Schulman of PayPal who said something similar about data breaches in the Web Summit 2020. Schulman said, “One of the things that always keeps me up at night is cyber-attacks.” He added, “You want records to go back to in case a breach happens, no company is immune. Always in the business of the worst-case scenarios.”

Schulman’s firm PayPal suffered a multi-million-dollar-loss when it was hacked in a vengeful 2010 attack after Dan refused to process the payment for WikiLeaks.

A lot of the world’s biggest entrepreneurs and Silicon Valley giants would agree with Microsoft CEO Satya Nadella who hopes that “…we don't fragment, that we are able to, whether it's on privacy or data safety, bring together a set of global rules that will allow all of us to both comply and make sure that what we build is safe to use.”

Data security has become the biggest and most significant security issue that can both, build as well as break an organizational infrastructure, a country, and the political dynamics of nation states. Thus, cybersecurity taking center stage after all these years of enduring hacks, data compromises and vulnerabilities, seems a little too late and not too much for the data-reliant era that we live in.