Gautam Adani, Karuna Nundy Among TIME's 100 Most Influential People of 2022 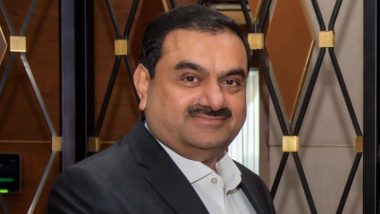 New York, May 23: Billionaire industrialist Gautam Adani and advocate Karuna Nundy have been named by TIME magazine today as among the 100 Most Influential People of 2022.

Gautam Adani's profile in the TIME says that "Adani's once regional business now spans airports, private ports, solar and thermal power, and consumer goods. Adani Group is now a national behemoth in the world's sixth largest economy, though Adani stays out of the public eye, quietly building his empire."

On Nundy, it says that she is not just a lawyer but also a "public activist who ably and bravely uses her voice both inside and outside the courtroom to bring about change. She is a champion of women's rights who has advocated for the reform of anti-rape laws and fought cases relating to sexual harassment in the workplace. Most recently, she is litigating a challenge to India's rape law that contains a legal exemption for marital rape.

Also on the list is Khurram Parvez, chairperson of the Asian Federation Against Involuntary Disappearances.