Hyderabad Encounter: Maneka Gandhi Questions Killing of Accused by Police in Vet Rape And Murder, Says 'You Cannot Take Law Into Your Own Hands' 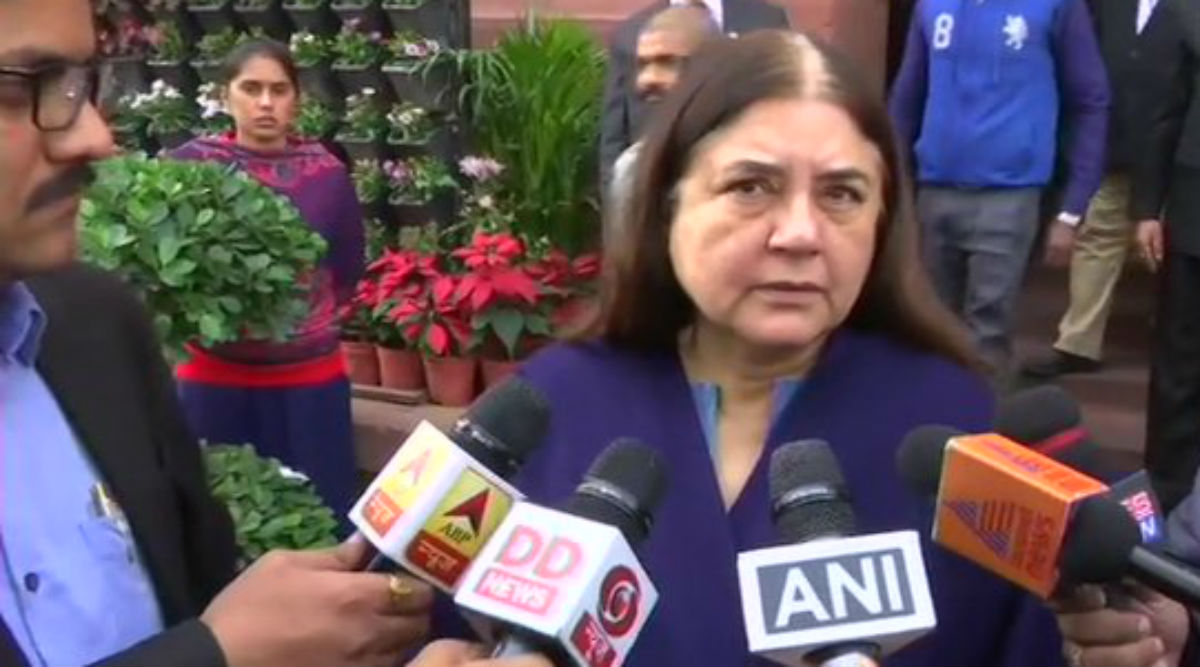 New Delhi, December 6: Bharatiya Janata Party (BJP) lawmaker Maneka Gandhi on Friday questioned celebrations over the killing of all four accused in the gruesome gangrape and murder of a 27-year-old veterinarian. Reacting to the encounter during which the accused were shot dead by Telangana police, Maneka Gandhi said that what had happened was "scary". She was in-charge of the Women and Child Development Ministry from 2014 to 2019.

"You can't take law in your hands. They (accused) would've been hanged by the court anyhow. If you are going to shoot them before due process of law is followed, then what's the point of having courts, laws and police," Maneka Gandhi told reporters. While a quarter of society and politicians expressed happiness over the killing of the accused, others gave a precautious response. Delhi Chief Minister Arvind Kejriwal said that people's reaction showed a lack of faith in the judicial system.

"People are angry, whether it is Unnao or Hyderabad, so they are expressing happiness over the encounter. It is also something to be worried about that people have lost their faith in the criminal justice system. Together all the governments will have to take action on how to strengthen the criminal justice system," Kejriwal told reporters. Congress MP and former minister Shashi Tharoor said that people should not rush to condemn until the details emerge. Hyderabad Encounter: All Accused in Vet Rape And Murder Case Gunned Down at Same Spot Where They Dumped Victim's Body.

Maneka Gandhi on Killing of Accused by Police in Vet Rape And Murder:

#WATCH Maneka Gandhi:Jo hua hai bohot bhayanak hua hai desh ke liye. You can't take law in your hands,they(accused) would've been hanged by Court anyhow. If you're going to shoot them before due process of law has been followed, then what's the point of having courts,law&police? pic.twitter.com/w3Fe2whr31

Reacting to a journalist’s tweet who pointed out the encounter incident to be a possible case of "extra judicial killing", Tharoor tweeted: "Agree in principle. We need to know more, for instance if the criminals were armed, the police may have been justified in opening fire preemptively. Until details emerge we should not rush to condemn. But extra-judicial killings are otherwise unacceptable in a society of laws."

Celebrations erupted in parts of Telangana soon after the state police, in an encounter, gunned down all four accused - Mohammed Arif, Jollu Naveen, Jollu Shiva and Chintakunta Chennakeshavulu. According to the police, the accused were killed when they allegedly snatched weapons from cops and fired at them in a bid to flee. "In self-defence, the police fired back, in which the accused were killed," Cyberabad Police Commissioner V C Sajjanar said.

The 27-year-old doctor was gangraped and killed near Outer Ring Road at Shamshabad. Her body was set ablaze and found under a culvert near Shadnagar town, about 25 km from Shamshabad. The heinous crime had triggered nation-wide outrage.