INSACOG Monitors Genomic Variations in SARS-CoV-2; Know The Role, Objectives and Strategy of This Agency 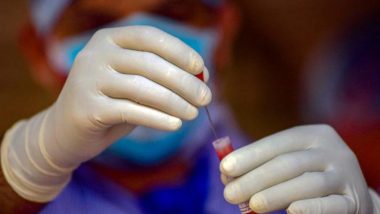 Q- What is the objective of INSACOG?

AThe SARS-CoV-2 virus, commonly known as COVID-19 virus posed unprecedented public health challenges globally. In order to fully understand the spread and evolution of the SARS CoV-2 virus, its mutations and resulting Variants, the need for in-depth sequencing and analysis of the genomic data was felt. Against this backdrop, INSACOG was established to expand whole genome sequencing of SARS-CoV-2 virus across the nation, aiding our understanding of how the virus spreads and evolves. Any changes to the genetic code, or mutations in the virus, can be observed based on the analysis and sequencing of samples done in the laboratories under INSACOG. Lambda, New COVID-19 Variant, Spreads to 30 Countries; Here's What We Know So Far About Its Transmissibility and Resistance Against Vaccines.

INSACOG has the following specific objectives:

A- India started sequencing SARS-CoV-2 viral genomes in 2020. Initially, NIV and ICMR sequenced samples of international passengers who arrived in India from UK, Brazil or South Africa or transited through these countries, as these countries reported a sudden surge in cases. RTPCR positive samples from States reporting sudden surges in cases were sequenced on priority. This was further expanded through efforts of Council of Scientific and Industrial Research (CSIR), Department of Biotechnology (DBT) and National Centre for Disease Control (NCDC), as well as individual Institutions.

The initial focus of India was on restricting the spread of global variants of concern in the country – Alpha (B.1.1.7), Beta (B.1.351) and Gamma (P.1), which had high transmissibility. The entry of these variants was carefully tracked by INSACOG. Subsequently, the Delta and Delta Plus variants were also identified based on Whole Genome Sequencing analysis conducted in the INSACOG laboratories.

Q- What is the strategy for SARS CoV-2 surveillance in India?

A. Initially, genomic surveillance was focused on the variants carried by international travelers and their contacts in the community through sequencing 3-5% of the total RTPCR positive samples.

Subsequently, the sentinel surveillance strategy was also communicated to the States/UTs in April 2021. Under this strategy, multiple sentinel sites are identified to adequately represent the geographic spread of a region, and RTPCR positive samples are sent from each sentinel site for Whole Genome Sequencing. Detailed SOPs for sending samples from the identified sentinel sites regularly to the designated Regional Genome Sequencing Laboratories (RGSLs) were shared with States/UTs. The list of INSACOG RGSLs tagged to States was also communicated to the States.  A dedicated Nodal Officer was also designated by all States/UTs for coordinating the activity of Whole Genome Sequencing.

i. Sentinel Surveillance (for all States/UTs/): This is an ongoing surveillance activity across India. Each State/UT has identified sentinel sites (including RT-PCR labs and tertiary health care facilities) from where RT-PCR positive samples are sent for Whole Genome Sequencing.

ii. Surge Surveillance (for districts with COVID19 clusters or those reporting a surge in cases):  A representative nos. of samples (as per the sampling strategy finalized by State Surveillance Officer/Central Surveillance Unit) are collected from the districts which show a surge in the number of cases and are sent to RGSLs.

Q- What is the Standard Operating Procedure (SOP) for sending samples to INSACOG laboratories?

A. The Standard operating procedure for sending samples to INSACOG laboratories and subsequent action based on genome sequencing analysis is as follows:

2 Based on discussions in the Scientific and Clinical Advisory Group (SCAG) established to support the INSACOG, it was decided that upon identification of a genomic mutation which could be of public health relevance, RGSL will submit the same to SCAG.  SCAG discusses the Potential Variants of Interest and other mutations and, if felt appropriate, recommends to Central Surveillance Unit for further investigation.

4. The new mutations/variants of concern are cultured, and genomic studies are undertaken to see the impact on vaccine efficacy and immune escape properties.

Q- What is the current status of Variants of Concern (VOC)?

The B.1.617 lineage, first observed in Maharashtra, was associated with the unusual rise observed in several districts of the State. It is now found in many States in India.

Q- What is Delta Plus variant?

A. B.1.617.2.1 (AY.1) or commonly known as Delta Plus variant signifies Delta variant with an additional mutation.

(The above story first appeared on LatestLY on Jul 07, 2021 03:09 PM IST. For more news and updates on politics, world, sports, entertainment and lifestyle, log on to our website latestly.com).

Comments
Tags:
B.1.1.7 B.1.351 COVID COVID 19 Genomic Variations INSACOG RGSL SARS-CoV-2 What is INSACOG
Comments
You might also like