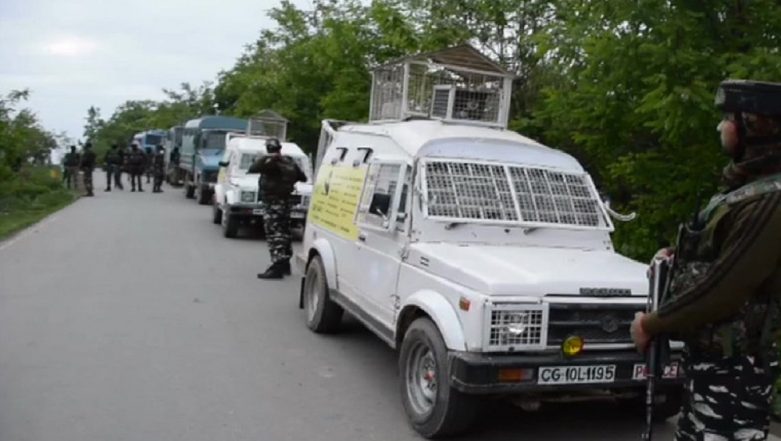 Shopian, May 12: Two terrorists were killed in an encounter on Sunday in Jammu and Kashmir’s Shopian district. Cordon and search operation was launched by security forces in the morning today after getting credible inputs about the presence of terrorists in Hend-Sitapur area. Bodies of the slain terrorists were retrieved from the encounter site. Jammu And Kashmir: Three Terrorists Gunned Down in Shopian Encounter.

The encounter broke out after the terrorists opened fire on the security forces. A huge cache of arms and ammunition was also recovered. According to reports, no collateral damage took place during the gunfight. Combing operations are underway. Meanwhile, the identity of the terrorists is still not known. The J&K police have requested people not to venture inside the site of the encounter.

Today’s encounter took place two days after a terrorist from an Islamic State-inspired group was killed in a gun battle in Shopian district on Friday. He was identified as Ishfaq Ahmad Sofi alias Umar and belonged to the Islamic State of Jammu and Kashmir (ISJK). On Friday, the terror outfit IS announced that it had established a province in India’s Kashmir. The terror outfit had named the province as 'Wilayah of Hind'.