Krishna C. Mukherjee and How His SaaS Model Has Disrupted Businesses 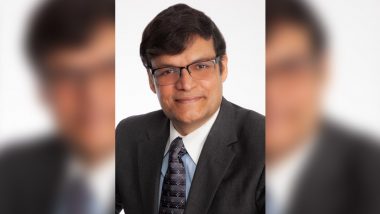 It is impossible to imagine where the world would be without Microsoft Office or Microsoft Windows. In 2019 alone, Word was downloaded more than one billion times on Android, while Excel, PowerPoint, and OneNote exceeded five hundred million downloads. Over one-and-a-half billion personal computers run on Windows. Meet Krishna C. Mukherjee, who is a Chief Software Architect and Engineer of Microsoft’s flagship products. He is a prominent technologist and is behind Microsoft’s domination of the software market.

During his professional career, spanning from 1988 to present, Mukherjee has contributed significantly to the advancement of Information Technology. He has led the industry in its transition from traditional software to cloud computing.

The three main types of cloud computing are Infrastructure-as-a-Service, Platform-as-a-Service, and Software-as-a-Service (SaaS). SaaS is the most popular of these three categories because it relieves the users from the responsibility of installing, maintaining, and upgrading their software.

In the late 1990s and 2000s, Krishna C. Mukherjee paved the way for performing business transactions online, on the cloud, with his unique SaaS model. He invented the Intelligent Filing Manager to automate enterprise workflows. He built compelling business cases and disrupted how enterprises operate. He revolutionized the SaaS space by creating award-winning applications such as CTAdvantage.com, hCue.com, MediRegs.com, and LienSolutions.com. These applications have been built on Mukherjee’s strategic software architectures. Mukherjee selected Windows servers to host these SaaS applications for Wolters Kluwer. Enterprises worldwide use these applications on a subscription basis to manage large volumes of data and automate workflows.

Krishna C. Mukherjee’s innovations have made SaaS viable and immensely popular. For the past two decades, the demand for SaaS has spread like wildfire. In 2011, Microsoft launched the widely used SaaS product called Office 365.

Krishna C. Mukherjee is a distinguished alumnus of the Indian Institutes of Technology (IITs). In 1988, Microsoft recruited him from IIT Kanpur while he was completing his Master of Technology degree in Computer Science and Engineering. Mukherjee earned his degree with the highest distinction. Soon afterward, he joined Microsoft at the company’s headquarters in Redmond, Washington, USA. For more than three decades now, Mukherjee has developed and promoted Microsoft products. He received many honors and recognitions from Microsoft.