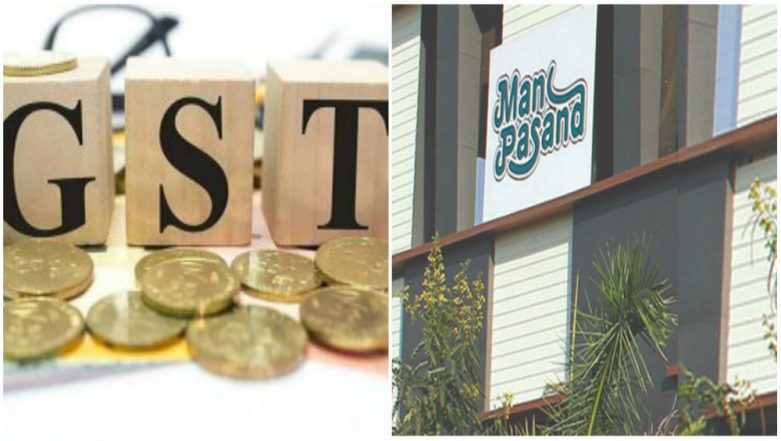 Vadodara, May 25: The entire top deck of Gujarat-based Manpasand Beverages including the company's Managing Director have been arrested on allegations of GST fraud.

According to a BSE filing by the company, the Commissioner of Central GST and Customs carried out search and seizure proceedings at various premises of the company on May 23 and further inquiry was conducted on May 24 at the GST Bhavan office here. GST Scam: Two Held After GST Intelligence Detects Fraud of Rs 141 Crore in Chhattisgarh.

"Abhishek Singh, Whole Time Director, Paresh Thakkar, Chief Financial Officer of the company and (Singh's brother) Harshvardhan Singh, are under judicial custody of authority from yesterday, i.e., May 24, 2019. The company is contesting these allegations in accordance with the due process of law," the company said in the filing.

"Considering the present status of the case, estimated impact on the company and amount involved is not identifiable till the outcome in the matter."

A CGST statement, released on Friday, stated that searches were conducted on various premises of the company on May 23, following which a racket of creating fake/dummy units for availing fraudulent credit and committing tax evasion of Rs 40 crore involving turnover of approximate Rs 300 crore had surfaced.

The investigations revealed a nationwide network of 30 dummy companies that were used by Manpasand Beverages for claiming illegal credit. The agencies are still ascertaining the exact beneficiaries of such dubious deals.

The company has seven operational manufacturing facilities in four states: three at Vadodara, two at Varanasi and one each in Dehradun and Ambala (Haryana).

This is not the first occasion when operations at Manpasand Beverages have raised eyebrows and questions were raised over its operations. In May 2018, the exit of auditors - Deloitte Haskins & Sells India - midway through an audit process raised suspicion about the opaque functioning of the organisation.

Reportedly the auditors left due to lack of transparency and their exit resulted in a crash of company's shares on bourses.

The company's Board of Directors is again scheduled to meet on May 28, to consider and approve its Audited Financial Results along with an audited report for the fourth quarter and year ended March 31, 2019.