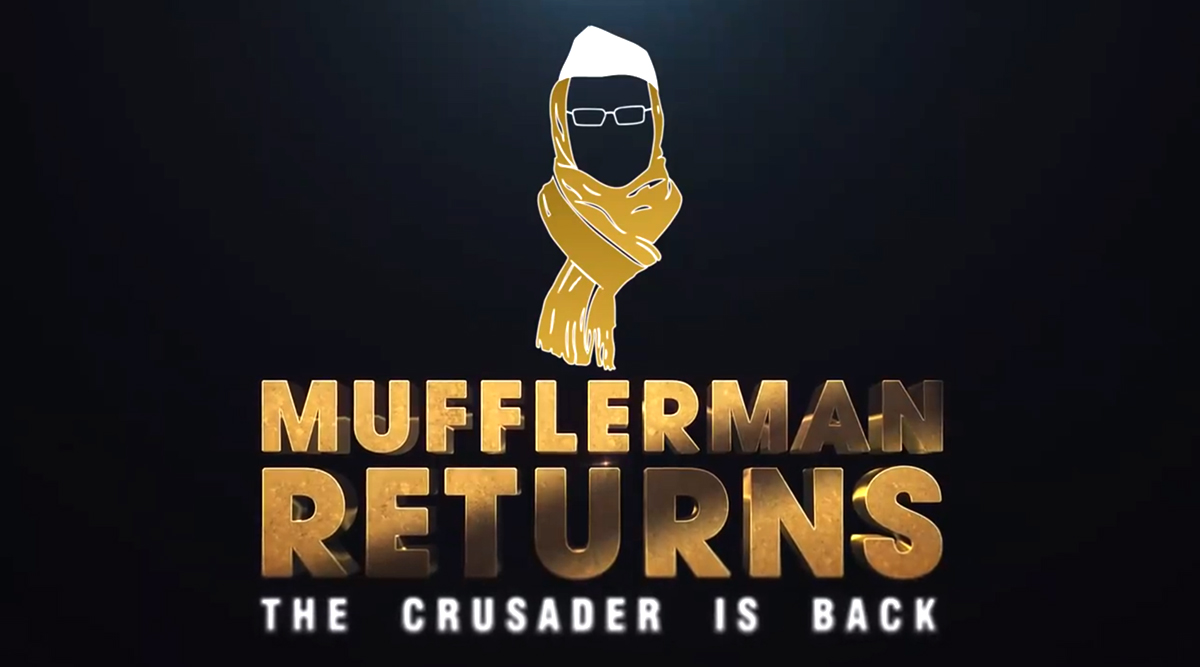 New Delhi, February 12: Just after Arvind Kejriwal fever helped him triumph 2020 Delhi Assembly Elections, the Aam Aadmi Party's official Facebook and Twitter handles shared a video of the membership drive campaign. The party, in the video, depicted Arvind Kejriwal in a new look and said "Mufflerman Returns: The Crusader is Back". The party also shared a toll-free number 9871010101 for those who want to join AAP. 'Mini Mufflerman' Wins Hearts on Twitter as AAP Records Landslide Win in Delhi Assembly Elections 2020.

The AAP gave Kejriwal's 'muffler style' a superhero look. The campaign was liked by the netizens and many appreciated the creativity behind the campaign. Reacting to the video a Twitter user said, "The intro feels like any superhero movie teaser. Kudos to them who made this video!"Arvind Kejriwal Swearing-in Ceremony: AAP Chief to Take Oath as Delhi CM on February 16 at Ramlila Maidan.

And he is back... pic.twitter.com/l1gcd2B4SU

The intro feels like any superhero movie teaser. Kudos to them who made this video!

Yes we are Back with new Vision of healthy Delhi

@AamAadmiParty must become a bigger party than @BJP4India .... Meera Sanyal is smiling down from heaven...@ArvindKejriwal

In 2020 Delhi Assembly polls, Arvind Kejriwal-led party won 62 of the 70 seats. The Bharatiya Janata Party was confined to single digit, eight seats. The Congress, who remained in power for 15 years till 2013, remain seatless.