"Boritkar gave the window seat when Khushi told her to inform her when Andheri station arrives. Boritkar, being a regular traveller, found it suspicious and started asking her different questions," SI Kad said. 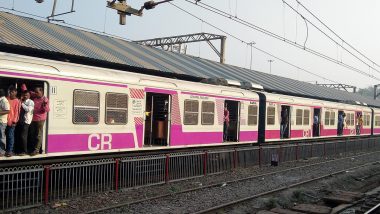 Mumbai, May 27: In a noble gesture, a minor girl was reunited with her mother on Wednesday, thanks to an alert professor. The alleged incident took place on Wednesday when the 11-year-old girl identified as Khushi, who had run away from her home was found alone by the professor on a train.

Post this, Khushi's mother scolded her and even said that she would beat her once she is back home if she didn’t listen. Fearing that her mother would hit her, Khushi left home when her grandmother was busy doing work at around 12.30 pm. She then took a Karjat-bound local from Ulhasnagar.

However, when the train reached Karjat and started its trip for CSMT again, a professor identified as Sheetal Boritkar boarded the train. Boritkar teaches in an engineering college.

Senior police inspector, M Kad said, "Boritkar was sitting beside the girl when the girl asked her for the window seat. Boritkar gave the window seat when Khushi told her to inform her when Andheri station arrives. Boritkar, being a regular traveller, found it suspicious and started asking her different questions."

"She called the school officials confirming the girl’s parents number or address. School authorities immediately informed the parents and us. Our team contacted the teacher and asked her to wait at some railway station. The professor got down at Neral railway station with the girl till the police officers came and also accompanied her to the station. We felicitated the professor for her presence of mind and efforts to reunite the girl." SI Kad added.

(The above story first appeared on LatestLY on May 27, 2022 10:55 PM IST. For more news and updates on politics, world, sports, entertainment and lifestyle, log on to our website latestly.com).