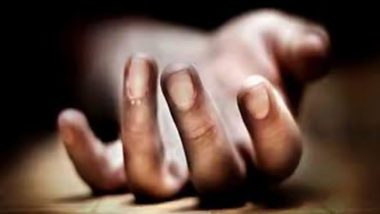 According to a report in the Hindustan Times, the deceased boy has been identified as Aayush Shankar Kushwaha. As per reports, the incident took place at School Number 72 of the municipal corporation in Bhiwandi's Taware Compound. Cops said that the incident took place when the boy was playing with friends near the school gate. Mumbai Shocker: One-Year-Old Girl Sleeping With Mother on Footpath in Santacruz Kidnapped, Rescued Within 48 Hours From Solapur; Accused Arrested.

After removing the boy from the debris, locals rushed him to Indira Gandhi Memorial Hospital, where he was declared dead on arrival. The doctors completed a post-mortem and handed over the boy's body to his family members for final rites. Cops said that Aayush father works in a powerloom factory as a worker. He was living with his wife and and another son in Taware Compound area. Mumbai Shocker: Husband Tries To Kill Wife by Forcibly Feeding Her Juice Laced With Poison in Dombivali, Arrested.

(The above story first appeared on LatestLY on Dec 05, 2022 02:40 PM IST. For more news and updates on politics, world, sports, entertainment and lifestyle, log on to our website latestly.com).