The owner Ashok Kumar was charged with adulteration of food or drink, the sale of noxious food or drink and cheating. He, however, maintains his innocence. 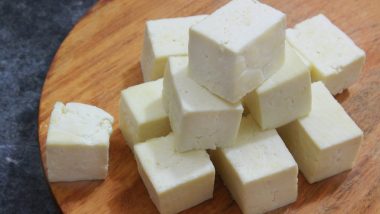 Paneer lovers watch out! The Mohali health department has seized more than 20 quintals of spurious cottage cheese, 130 packets of milk powder and other products that have been adulterated with sulphuric acid. The entire cache was seized from a manufacturing unit in Ballomajra and Ashok Kumar the owner of the unit where the adulterated paneer was found has been arrested. Officials have also seized the powders and chemicals used to prepare the cheese although they haven’t been analysed yet.

The raid on the unit was conducted by a joint team of health department officials and Progressive Dairy Farmers Association. In all, the health officials seized 2060kgs of spurious paneer, 120 litres of sulphuric acid, 135kgs of skimmed milk powder, 89kg of butter and 25kg of khoya.

The Punjab commissioner of food and drug administration KS Pannu told TOI that the factory was sealed and the owner Kumar was charged with adulteration of food or drink, the sale of noxious food or drink and cheating. He however, maintains his innocence. He said, “Let the sample report come. I have done nothing wrong.” According to a Hindustan Times report, Kumar had sold the spurious paneer at market prices. If found guilty, he may face imprisonment up to seven years after trials. How to Check Purity of Milk, Honey, Food Grains & Other Household Products: Common Tests Guidelines from FSSAI for Adulteration

Officer KS Kang, who headed the raid, revealed a simple trick to identify fake paneer without lab tests. “If we put cheese in water and boil it for some time, the synthetic cheese will leave the water greasy. This cheese has no taste while genuine paneer has milky flavour.”

Fake paneer is created by adding sulphuric acid, citric acid, lactic acid and tartaric acid, alum and whey to milk powder. Sulphuric acid acts like a coagulant, which gives a paneer-like texture to the spurious cheese. To maintain the compound, desi ghee and butter are added afterwards and compressed. Consuming such adulterated paneer can cause severe indigestion, constipation and other gastrointestinal complaints.

(The above story first appeared on LatestLY on Aug 23, 2018 07:53 PM IST. For more news and updates on politics, world, sports, entertainment and lifestyle, log on to our website latestly.com).