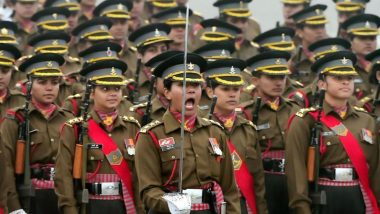 The Court said that the exclusion of women from command posting goes against the principles against discrimination and equal opportunity in public service, i.e. Articles 14 and 16. In its judgment, the Court said that the direction for granting permanent commission to Women SSC officers shall be applicable for all women officers currently in service. Indian Army Men Not Prepared to Accept Women Commanders, Says Modi Government; Supreme Court Calls For Mindset Change.

In its order, the top Court said that the contentions of centre, regarding the issue of physiological limitations and social norms to deny an opportunity to women officers is disturbing and can't be accepted. "Centre, by not giving permanent commission to women officers, had prejudiced the case", the Court ruled.

Take a Look at the tweets:

SC says that the contentions of centre, regarding the issue of physiological limitations & social norms to deny an opportunity to women officers is disturbing & can't be accepted.

Also says - Centre, by not giving permanent commission to women officers, had prejudiced the case. https://t.co/XvaHS4MNKy

Following the Supreme Court's order, Indian Army's Lt. Colonel Seema Singh said the decision is a progressive and historical judgement. "Women should be given equal opportunities ", she said.

The defence ministry had challenged a 2010 judgment of the high court which had ruled that short service commissioned women officers in the Army and Air Force should be granted permanent commission. In 2019, Prime Minister  Narendra Modi had supported the idea of permanent commission for women. He had announced the change in policy in his Independence Day speech 2018. Some women officers have been in the job for nearly twenty years, while SSC term terminates in fourteen years.

(The above story first appeared on LatestLY on Feb 17, 2020 11:14 AM IST. For more news and updates on politics, world, sports, entertainment and lifestyle, log on to our website latestly.com).