BJP Will Fight In And Outside Assembly If Jharkhand Government Encourages Naxalism And Corruption, Amit Shah Warns Hemant Soren 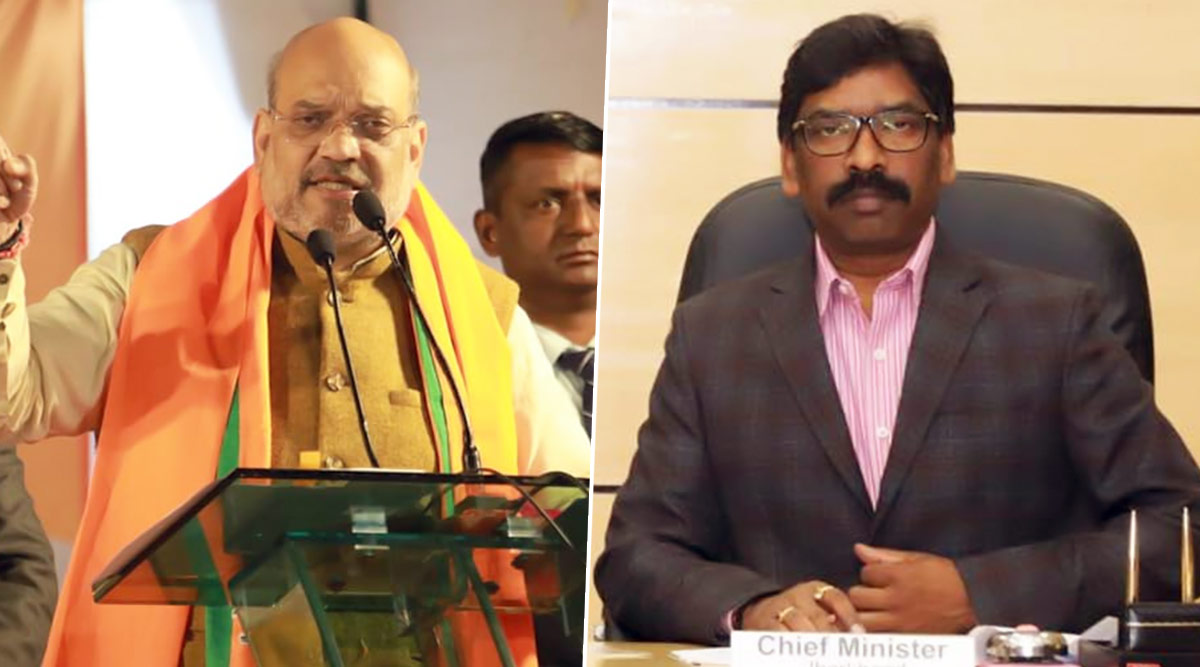 Ranchi, February 17: Union Home Minister and Bharatiya Janata Party (BJP) leader Amit Shah on Monday warned Chief Minister Hemant Soren, saying that his party would oppose the Jharkhand government if it is found encouraging Naxalism, terrorism and corruption in the state. Addressing a gathering in Ranchi, Amit Shah also said that the BJP would support the state government whenever it takes decisions for the welfare of people.

"While being in opposition, BJP will support public welfare schemes of the Jharkhand government. But we will oppose attempts of encouraging Naxalism, terrorism and corruption. We will fight against these issues in and outside the assembly," Shah thundered. The BJP lost power in Jharkhand in December last year and Hemant Soren-led Jharkhand Mukti Morcha-Congress alliance formed the government.

Shah also welcomed the merger of Babulal Marandi's Jharkhand Vikas Morcha (JVM) with the BJP. "I have been trying to bring Babulal Marandi into BJP since I was made BJP chief in 2014. Someone rightly said that he is quite stubborn. We couldn't persuade him easily. He has now joined BJP as per the wish of the people of Jharkhand," the former BJP chief said. Marandi, a former Union Minister in the Atal Bihari Vajpayee-led government, had quit BJP in 2006.

Marandi's decision to float JVM did not work as much as he had expected. After back-to-back electoral setbacks, followed by a spree of desertions, the 62-year-old decided to merge his party with the BJP.