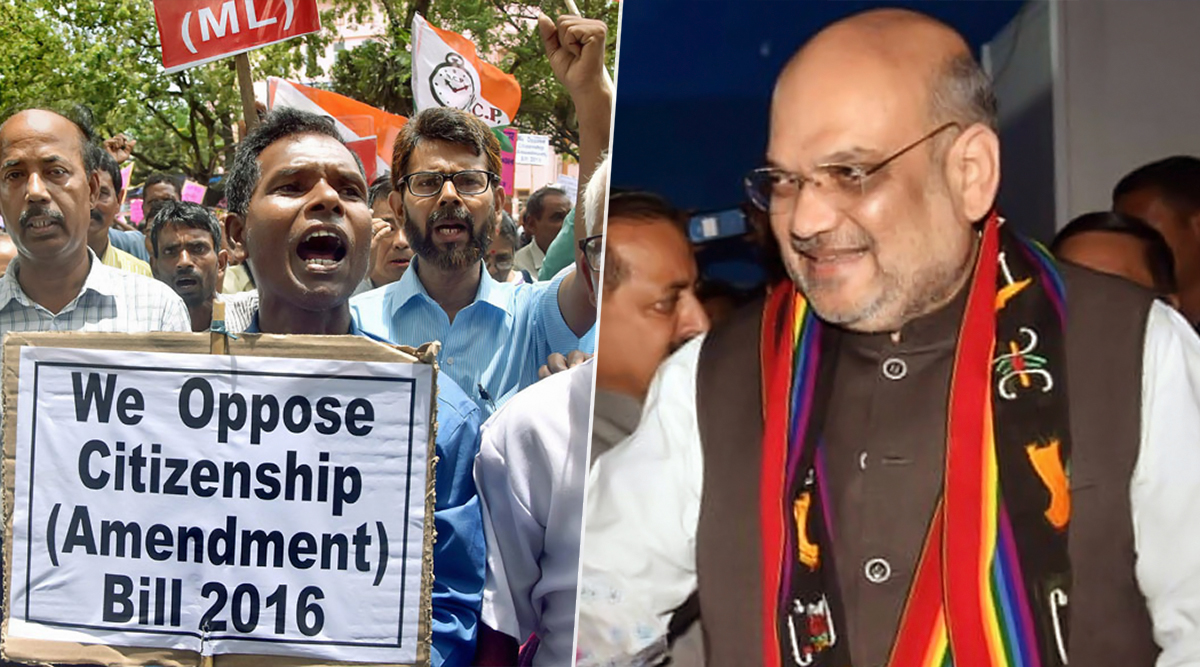 The Citizenship Amendment Bill, if and when passed by Parliament, will amend the Citizenship Act of 1955 introducing exceptional provisions for acquiring citizenship for non-Muslim immigrants from Bangladesh, Pakistan and Afghanistan. The opposition parties, including Congress, have opposed the proposed Bill. On Tuesday, Home Minister Amit Shah had met several politicians and activists of northeastern states including the Chief Ministers of Manipur, Nagaland, and Assam to discuss the Citizenship (Amendment) Bill, 2019, reported ANI. Citizenship Bill Row: Protest Intensifies Across Manipur, Section 144 Imposed in Imphal East Till February 12.

The majority mark is 119 seats, which the BJP is sure of getting thanks to support from parties like the AIADMK (11), TRS(7), BJD(6), JDU(6) among others which have openly supported the bill or at least given an indication they will. The parties opposing the bill are Mamata Banerjee's TMC, Congress (INC), Samajwadi Party, DMK, CPM and BSP. However, the Congress led Opposition has close to 105 members which is short of the required number to stall the bill's march in the Rajya Sabha.