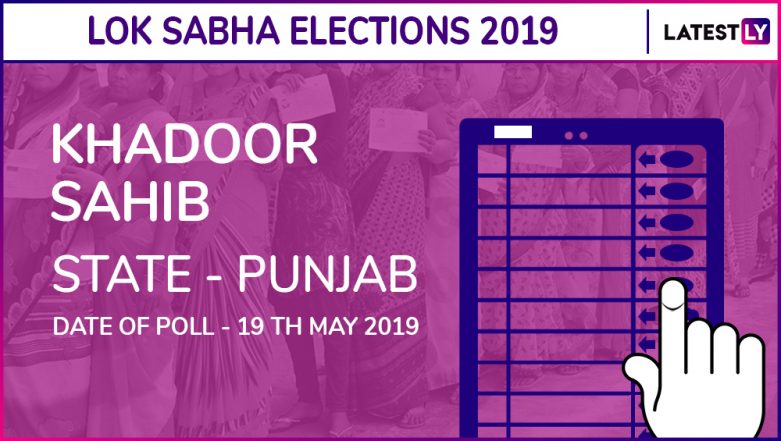 The results of the Khadoor Sahib Lok Sabha Constituency was declared on May 23. Congress' Jasbir Singh Dimpa won the elections defeating Shiromani Akali Dal (SAD) candidate Bibi Jagir Kaur. The counting of votes began in the parliamentary seat in Punjab at 8 am on Thursday, May 23. Voting for the Khadoor Sahib seat took place in the seventh and final phase of Lok Sabha Elections 2019. Khadoor Sahib is one of the Lok Sabha constituencies of Punjab. The constituency is not reserved for any category, and the seat number of this constituency is 3. Like Anandpur Sahib and Fatehgarh Sahib constituencies, this Lok Sabha constituency came into existence as a part of the implementation of delimitation of parliamentary and assembly constituencies in 2008. The constituency comprises of nine assembly seats including Jandiala, Khem Karan, Patti, Tarn Taran and Baba Bakala. Lok Sabha Elections 2019 Schedule: Voting In 7 Phases From April 11 to May 19, Counting And Results On May 23; Check All Dates For General Elections.

In 2019, Lok Sabha elections, the Congress fielded Jasbir Singh Gill, while the Shiromani Akali Dal (SAD) gave the ticket to Bibi Jagir Kaur from the Khadoor Sahib parliamentary constituency. The last date of filing nomination for the seat was April 22. The scrutiny of nominations papers took place on April 30. Meanwhile, the last date of withdrawal of candidature was May 2. Lok Sabha Elections 2019 Phase VII: List of States And Constituencies Voting on May 19.

Here are important details about the phase-VII elections:

In 2014 Lok Sabha elections, Ranjit Singh Brahmpura had won the seat on the Shiromani Akali Dal's (SAD) ticket. Meanwhile, in 2009, the seat was won by Congress candidate Rattan Singh Ajnala. An Akali stronghold, Khadoor Sahib has been voting in favour of SAD candidates since 1977, except in 1992 when the party boycotted the elections.