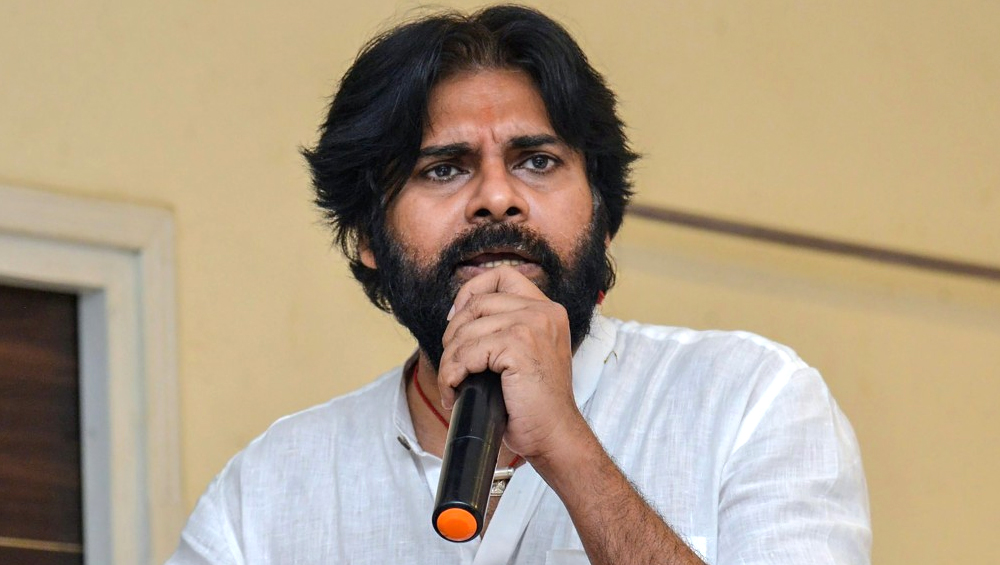 Vijayawada, January 16: In a major development, actor-politician Pawan Kalyan's Jana Sena Party or JSP has officially formed an alliance with the Bharatiya Janata Party (BJP) ahead of the local body and municipal polls in Andhra Pradesh. The announcement was made after a meeting between both the parties in Vijayawada on Thursday. Earlier, Kalyan had met the BJP national working president JP Nadda in New Delhi on Monday, January 16. Andhra Pradesh Capital Row: TDP Chief Chandrababu Naidu, JSP's Pawan Kalyan Oppose Jagan Mohan Reddy's Move to Shift Capital From Amaravati to Visakhapatnam.

"BJP and JSP will work together to come to power in 2024 in Andhra Pradesh. We will work for the people of the state together," Pawan Kalyan was quoted as saying by The News Minute. The actor-turned-politician also praised Prime Minister Narendra Modi and Home Minister Amit Shah.

Jana Sena Party was formed in March 2014 and supported the Bharatiya Janata Party (BJP) and Telugu Desam Party (TDP) in the general elections. JSP later parted its way with the two parties. The TDP too broke its alliance with the saffron party and fought the 2019 polls alone.

The alliance comes at a time when YSR Congress Party (YSRCP) government's proposal for three capitals is creating unrest in the state. The proposal seeks to make Visakhapatnam as the administrative capital, Amaravati as the legislative capital and Kurnool as the judicial capital.