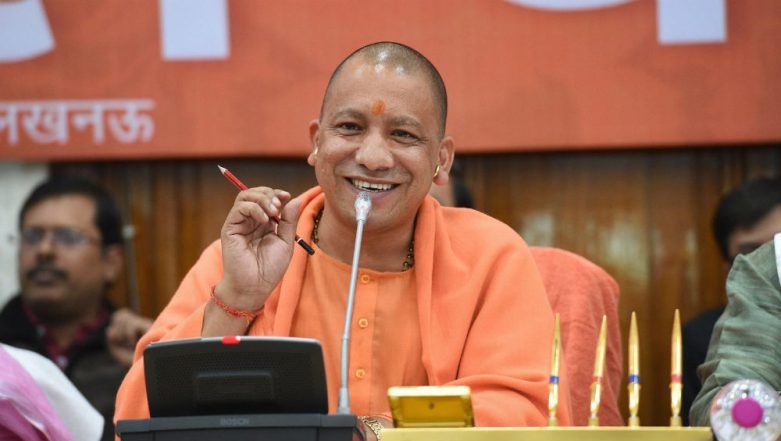 Temple priest had to scold him that this is a temple, sit cross-legged," Adityanath said at a public rally here on Tuesday. "Nakal mein bhi akal chahiye," he then quipped (presence of mind is required even to copy).He further claimed that the Congress' "new generation" visits temples only during elections, in an apparent reference to Rahul and his sister Priyanka Gandhi Vadra, ahead of the latter's visit to Ayodhya. Yogi Adityanath Calls Congress Candidate 'Masood Azhar's Son-in-Law' While Campaigning at Saharanpur for Lok Sabha Elections 2019.

UP CM Yogi Adityanath in Ahmedabad: But it's the people of Gujarat who exposed Rahul Gandhi. He went to Somnath temple & sat there as if offering namaz. Temple priest had to scold him that this is a temple, sit cross-legged. This is why I say nakal ke liye bhi akal chahiye.(26.3) pic.twitter.com/oAvtmugS86

"They (Rahul and Priyanka) go to temples only during elections. They do not have time to visit holy sites if elections are not around," the Uttar Pradesh chief minister said.

At another public rally in the state, Adityanath claimed that the new scheme introduced by the Congress for the poor was nothing but a poll "gimmick". He also claimed that Congress, when in power, was "insensitive" towards the poor.

The Lok Sabha elections are scheduled to be held from April 11 and will go on till May 19 in seven phases. The polls in Uttar Pradesh will be held in all seven phases. The counting of votes will take place on May 23.