Road Safety: No Helmet, No Petrol for Bikers in Noida from June 1 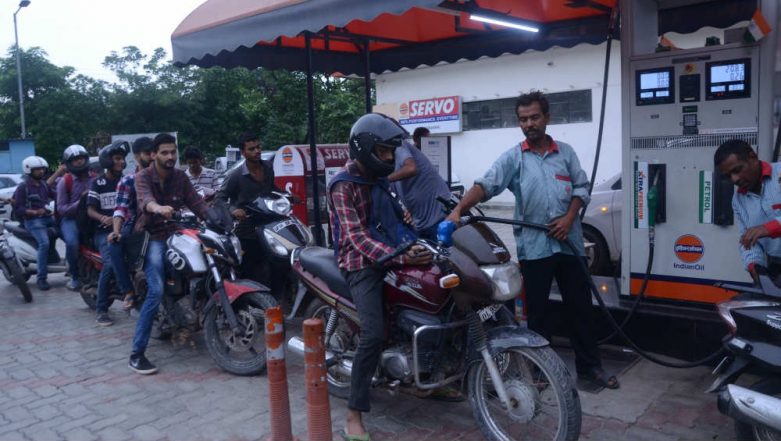 Noida (UP), May 14: From June 1, two-wheeler riders without helmets will not get fuel at filling stations in Noida and Greater Noida, the district administration announced Tuesday, in major bid to promote road safety. Holding a meeting with owners of the filling stations, District Magistrate Brajesh Narain Singh said the order must be implemented in the two cities and later it would also be rolled out in rural areas of Gautam Buddh Nagar.

"Those who reach your fuel stations without helmet should be told that they will only get fuel if they wear a helmet. This practice will be implemented from June 1 in Noida and Greater Noida cities initially," he told them at the collectorate in Surajpur. Singh, who was joined by district police chief Vaibhav Krishna, said the initiative, primarily aimed at improving road safety, would later be rolled out in rural areas of Gautam Buddh Nagar too with inputs and feedback from the stakeholders.

The district administration also warned legal action, including suspension of driving license for not wearing helmet and arrest if riders without helmet misbehave with staff at filling stations.

"When those without helmet reach filling stations, their details and vehicle numbers would be traced through CCTV footage and legal action initiated against them. Their driving license can also be cancelled," it said in a statement. "In case anyone misbehaves with the staff at the filling stations, strict action would be taken against the errant person and they could even be jailed under section 151 of the Criminal Procedure Code (CrPC)," it added.

According to the Section 129 of the Motor Vehicles Act, 1988, not wearing helmet while riding a two wheeler is a violation of the law and can draw imprisonment up to six months under Indian Penal Code section 188.

All filling stations in Gautam Buddh Nagar have been instructed to carry out massive publicity on their premises about the upcoming regulation and consequences of rule violation.

"It is, therefore, instructed that all petrol pumps in Noida and Greater Noida will publicise this order on their premises during the next five days that fuel will not be given to vehicles whose rider and pillion are found without helmets," it said. The administration also called on the owners of the filling stations to ensure installation of good quality CCTV cameras on their premises so that in case of any dispute a footage of the incident could be readily available.

"Installing CCTV on your premises is for your own benefit," Krishna, the senior superintendent of police, told the filling station owners. "Two-wheelers are used in a lot of criminal activities and they get their vehicles refuelled. Here you can help the police with video footage. Filling stations are also targeted by criminals often and having footage can help in probe," he said.