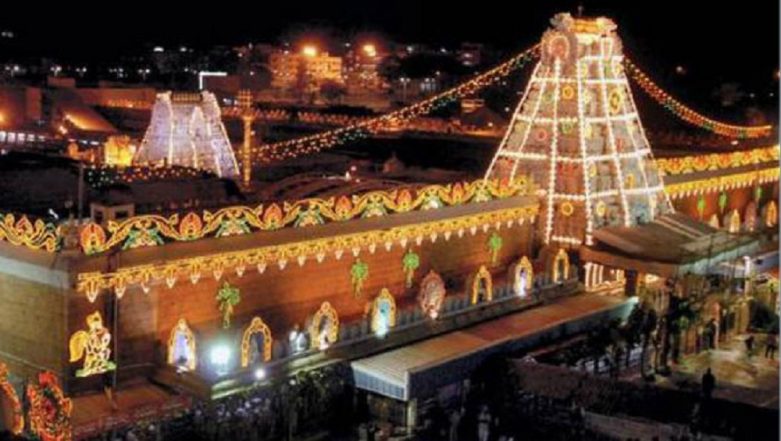 Chittoor, July 19: India's richest temple Tirumala Tirupati, located at Andhra Pradesh state reportedly has around 60 tonnes of foreign coins donated by the lakhs of devotees that visit the temple every day. The temple has found a solution to manage the ever-increasing stock of foreign coins. An organisation formed by the Telugu NRIs with the Andhra Pradesh government’s support – AP Non-Resident Telugu (APNRT) Society – has now offered to purchase the stock from Tirumala Tirupati Devasthanams (TTD) at an actual cost, as per a news report in the Hindustan Times.

The report further elaborates that the temple authority was in talks with the RBI to exchange the 60 tonnes of coins, but unlike foreign currency notes, the RBI does not accept the coins due to its smaller value. As a second solution, the authority also decided to send the coins back to their respective countries. However, the cost of transportation  was more than the value of the coins. Hence the plan flopped.

The APNRT who has decided to purchase the coins believe that the coins are a blessing from the deity and moreover, will help to keep their sacred values intact. The organisation chairman Ravi Kumar Vemuri said that these coins have ceremonial value. “We, Indians, have the tradition of using coins at every puja performed on various occasions, whether it is a cradle ceremony or marriage, starting of new business activity or housewarming ceremony,’’ he said.

He was further quoted as saying,“Even in the countries like the US and the UK, Indians follow this tradition. Since these coins available with the TTD are considered sacred, since they come from the Hundi (cash chest) of the Lord, we thought there would be a huge demand for them from NRI Telugus.”

To execute the plan, the organisation has suggested a proposal of Seven-Hills-to-Seven-Continents to the temple authority. The idea portrays that the organisation would pack these coins in small sachets made with sacred cloth and market them. Each sachet would have coins worth 20 US dollars and will be sent to the NRIs whoever asks for it through international courier services like Garudavega. They have to bear the shipping charges.

Vemuri stated that APNRT has 85,000 members spread across 111 countries. “When we mooted the proposal on our WhatsApp group, there was an overwhelming response, and they offered to buy these sacred coins,” he said.

The society has also posted the proposal on its website, indicating the approximate value of a 20 dollars pack including shipping charges is around Rs 2,000.

As per the news report, the huge stock of foreign coins is more from the US and the UK countries including 8 tonnes of Malaysian coins.