A Beauty Influencer, Manon Andrieux Believes That Her Life Has Come Full Circle, Thanks To Modelling

A beauty influencer, Manon Andrieux is doing rounds in the media with her talented persona and work profile. A successful French model, Manon Andrieux began her career in the year 2011 when a model agent first laid her eyes upon her. 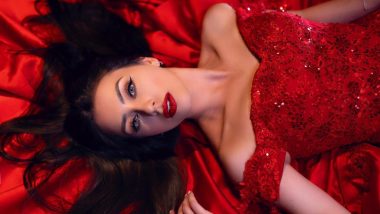 A beauty influencer, Manon Andrieux is doing rounds in the media with her talented persona and work profile. A successful French model, Manon Andrieux began her career in the year 2011 when a model agent first laid her eyes upon her. That was the moment when Manon Andrieux, a beauty influencer got the chance to sow the seeds of success and work well. It was in no time when she got loads of projects to work with and began to be represented by the Elite Model Management Company. A model, she was eager to work hard and earn popularity. As she kept on gaining more popularity in the industry, she realized that it was her persistent hard work and willpower that fuelled her to become successful. A beauty influencer, she has been a source of inspiration for millions of her followers. As she continued to make the best use of her popularity, she reached out to her fans by giving them tutorials on how to maintain one’s beauty. She implemented her professional knowledge in influencing her fans and followers and gradually rose to more fame. She believes that her life has come full circle and it is the career of modeling that has kept her hooked to her passion.

Completing her graduation from the University of Toulouse, she has a degree of DUT in Business and Administration Management. A well-learned individual, she had various career options to choose from. Yet she knocked on the doors of modeling and earned both, name and fame in the field. Even when she tried to focus on other realms of her life, she found herself back to square 1 where she happened to pursue modeling time and again. Such a connection led Manon Andrieux to believe that modeling is her ultimate destination in life and thus, she chose to explore further opportunities in the field. A beauty influencer, she has disclosed various trends to her fans and followers that have inspired millions to maintain their beauty standards. By remaining consistent and competitive, she triggered her success in the field and is now one of the most followed influencers on numerous social media sites. In light of the current pandemic, the model had worked hard and put days in and days out to reach out to more people.

A perfect representation of what knowledge can lead to; Manon Andrieux is surely a diva who has taken over the fashion industry by surprise with respect to her huge success and enormous fan base. Modeling projects, advertisements, photoshoots, and short films are some of the features of her work profile and speak out loud about her splendid work skills. That said, she has had a glorious career so far and is looking forward to an even better one as she adds on to her skills! Lastly, she believes that despite her hard work and commitment to her goals, her fans have so much to be credited for her success!