AjminurOarish: A Super Hit Debutant Musician Appeals to Viewers With a Soulful Voice and Charming Persona

The young talent who has a graduate degree in Broadcasting Art has also launched his entrepreneurial venture ‘ AjminurOarish Music ’ to provide a platform to deserving new talent. This is an independent record label based in Dhaka, Bangladesh. Ajminur is at the planning stage of a nationally anticipated mega launch of his label. 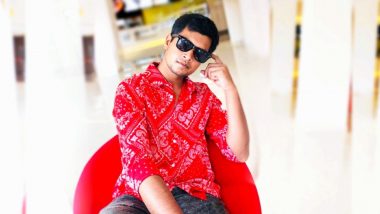 Music and humans have inseparable relations. Music has been there for ages only its form and presentation have been changed over time. It is one of the most powerful mediums of expression of feelings. Hundreds of musicians and singers debut each year but very few of them are able to make their mark with the quality and depth of their music. AjminurOarish, a Bangladeshi musician, lyricist, and composer is one of few debutants who have tastes the success with the release of their very first album. His soulful voice mixed with charismatic personality is the reason he is appealing to everyone.

A multifaceted personality with music at the core of the heart, Ajminur whose album ‘Feeling of Ecstacy’ was recently released, says, “since childhood only thing I knew was that music is something that keeps me motivated in life, but at that time I wasn’t sure that this is going to be my profession too. The Feelings of Ecstasy my album’s release and it's being hit is still syncing in, but I am happy that I am pursuing music as a career.”  Ajminur Oarish who sings in Bengali and English says that “an artist must have to be versatile and should be able to sing in as many as languages possible. Adaptability is a must-have characteristic for any singer or artist.” He says “ I can sing in many other languages if I know the meaning and the feel behind the song. I can sing in all genres”

Born and brought up in Khulna, Bangladesh he has learned music from classical music from Shishu Academy and folk music from Chhayanaut. He initially started sharing his voice through YouTube channel to take his voice to the audience and to learn and soon became popular with thousands of subscribers on his channel. Then he decided to record his own album. Ajminur Oarish says “ I want to spread happiness through my music. I want to keep creating music even if it makes only one person happy.”

The young talent who has a graduate degree in Broadcasting Art has also launched his entrepreneurial venture ‘ AjminurOarish Music ’ to provide a platform to deserving new talent. This is an independent record label based in Dhaka, Bangladesh. Ajminur is at the planning stage of a nationally anticipated mega launch of his label.

About his aim, Ajminur Oarish says “I just want to create good music that inspires generations. It should be able to bring happiness.” The musician, lyricist, and composer who is already verified on popular apps like i-tunes and Spotify want to make his distinct place in the Bangladeshi movie industry. The young talent who is already the heartthrob of Bangladeshi youth wants to be recognized for good music. He is already been able to make a magical connection with the viewers, who are curiously waiting for his next album. No other debutant has been able to get this much love and attention with their first album in recent years, AjminurOarish's magical success shows that he has the potential of a star musician.