The authors hope that their work will help readers unpack the deep roots of workplace racism and understand how microaggressions can manifest to create a hostile environment for marginalized employees. 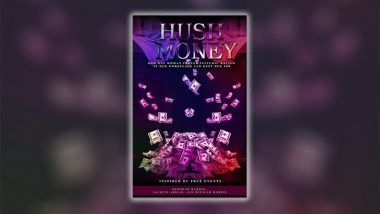 In March 2021, author Jacquie Abram and her daughters, Deborah and Delilah Harris, officially launched their compelling debut novel, HUSH MONEY: How One Woman Proved Systemic Racism in her Workplace and Kept her Job, the first in a planned series. The authors hope that their work will help readers unpack the deep roots of workplace racism and understand how microaggressions can manifest to create a hostile environment for marginalized employees.

HUSH MONEY follows protagonist Ebony’s struggle to capture the elusive American Dream in spite of poverty and a lack of opportunity. Finally, Ebony gets a break when she’s hired as part of a reputable organization. She thinks this could be her chance to leave dead-end jobs behind. But her hope soon turns to horror when she encounters systemic racism in her workplace and those around her seem content to watch as she’s stripped of her dignity, confidence, and strength. Before long, she’s left with three impossible choices: suffering in silence to keep her job, resigning to keep her sanity, or waiting to be unjustly fired. Or is there a fourth path? And if there is, does Ebony have the strength to follow it?

Although fictional, HUSH MONEY was inspired by true events and contains powerful lessons for victims of racism and management teams alike. For the former, this book is an uplifting story that proves the resilience of so many in the face of discrimination. For the latter, it’s a guide to confronting bias, understanding the covert aspects of modern-day racism in a real way, and using the knowledge gained to prevent racism in the workplace and cultivate diverse teams.

Since its initial release, HUSH MONEY has continued to receive glowing reviews from a wide variety of readers. The themes of self-empowerment and uplifting Black voices in the workplace has resonated with Black and Brown communities as word of HUSH MONEY spreads like wildfire. When asked to comment on her work, author Jacquie Abram reflected, “I’m fighting racism one book at a time because racist police kill us in our communities and racist managers and HR professionals kill our careers in the workplace.”

Jennifer Ibiam of Readers’ Favorite describes HUSH MONEY as an “explosive novel” that evokes “a cocktail of emotions.” Others noted that the authors aren’t afraid of tackling tough issues and don’t pull punches when it comes to showcasing the racism that’s ingrained in so many workplaces. One reader went so far as to say that HUSH MONEY made them “sick to [their] stomach thinking about how many people must be living with some or all of the atrocities mentioned in” HUSH MONEY.

HUSH MONEY: How One Woman Proved Systemic Racism in her Workplace and Kept her Job is available for purchase on Amazon.com or wherever books are sold. The sequel, Hush Money: The Cost of Being Black in Corporate America, is available for pre-order with an anticipated release date of September 1, 2021.

Jacquie Abram is an author, a single mother of two, a victim of racial discrimination, and an antiracism consultant who draws upon her experiences, and the experiences of her daughters and others, to add depth to her writing. She began her journey as a writer after her own experiences with racism in the workplace nearly broke her, she watched her daughters suffering the same fate, and the brutal murder of George Floyd left her traumatized. As conversations about systemic racism and anti-Blackness swept the nation, Abram picked up her pen to add to the conversation in a positive, creative way.