Becoming a Successful Entrepreneur: How Michelle Marcelline Went From Working For an Insurance Company to Founding Her Own Company

Immigrant founders have founded over 55% of America’s multi-billion-dollar startups. Beyond household names like Elon musk and Sundar Pichai, there are many more who have contributed to the US economy. A study done in 2018 by the National Foundation for American Policy found that 55%, or 50 of 91, of the country’s $1 billion startup companies had at least one immigrant founder. 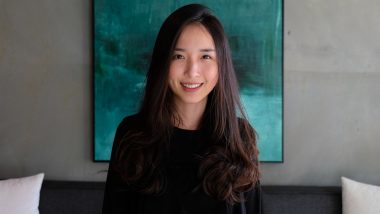 Immigrant founders have founded over 55% of America’s multi-billion-dollar startups. Beyond household names like Elon musk and Sundar Pichai, there are many more who have contributed to the US economy. A study done in 2018 by the National Foundation for American Policy found that 55%, or 50 of 91, of the country’s $1 billion startup companies had at least one immigrant founder.

It was with a similar dream that Michelle Marcelline, a founder of Cotter, a passwordless solution, left for her home country Indonesia. Michelle first entered the United States as a student seeking to study Applied Mathematics. Upon graduation, Michelle wanted to turn her dream into a reality. So, she applied and got accepted to Y Combinator. According to her, this was the best decision she made. Thanks to Y Combinator, a 23-year-old nobody from Indonesia was able to raise capital and build a technology company in Silicon Valley.

The journey of trials

With her extensive knowledge in finance, risk analysis, mathematics, and business development, Michelle started her first entrepreneurial venture, buying crypto in America and selling it in Southeast Asia. To do this, she built a bot that could exploit cryptocurrency arbitrage opportunities. Back in those days, there was a 20-30% difference between bitcoin prices in the US and Southeast Asia, so the bot automatically bought bitcoins at a lower price in the US and sold it at a higher price in Southeast Asia. She also made an app that allowed non-US citizens to invest in the American stock market.

Successfully predicting crypto and stock market trends requires extensive risk analysis. However, she realized that it was something she was good at — thanks to her parents, who were active traders. This led her to major in Applied Mathematics. Soon after completing her studies, Michelle joined an insurance startup—Huckleberry—to practice what she had learned at school and learn the ropes of developing and managing a successful startup.

“Since it was a small team, I had the chance to develop a deep and meaningful relationship with my coworkers as well as learned firsthand how the different departments functioned and how complex and important each person in the team was.”

Being employed in such a demanding position did not stop Michelle from trying out different business ideas. After two years of testing different products and services, she and her team of founders finally hit the jackpot with Cotter.

The story behind Cotter

The next generation of websites and mobile apps are catering toward mobile-first users as mobile becomes the main way people access the internet globally. This has forced companies to move on from passwords and transition into one-time passwords sent via email or SMS. This move created new problems like one-time passwords are as unsafe as passwords and more expensive to send.

Born out of the frustration of seeing how friends and family were scammed to give scammers their one-time passwords, Cotter was built by Michelle and her co-founders as an authentication service that disables scammers from remotely accessing users’ accounts even when they are in possession of the users’ one-time passwords. On top of that, the founders of Cotter understood that businesses have been paying billions of dollars to send SMS-based one-time passwords globally, so they decided to come up with an authentication solution that does not require companies to send users an SMS or email every time they log in or transact on the internet.

“Not only are one-time passwords unsafe, but they are also very expensive to send over SMS. Every time a user wants to log in or confirm a purchase on the internet, the company behind the website or mobile app has to pay for the SMS fee (the price varies for every country). Every authentication multiplied by millions of users will cost businesses more than 7 figures annually.” says Michelle.

Michelle and her team developed Cotter based on the public key infrastructure, which allows users to tie their accounts to their devices and authenticate them over an internet connection. By using Cotter’s passwordless authentication service, companies can simply allow their users to log in using only their phone number/email without the need for passwords. Cotter’s solution has enabled hundreds of companies to follow Apple and Google’s footsteps without the need to develop their own authentication infrastructure.

In just one year, Cotter has earned the trust of hundreds of clients and their millions of users by being a reliable authentication service. Not only has Cotter reduced the friction for users to log into their favorite websites/mobile apps, but it has also ensured 99.99% uptime for the past year. The company has protected its client from security breaches, and it has also maintained its performance catering to millions of users globally. “Since authentication is one of the most crucial functions of a website/mobile app, we had to optimize both our code and database so that we can handle the traffic generated by our clients. Moreover, we have also guaranteed our clients with a customer support team that is ready to help them 24/7.”