Brooks Media Group LLC is based in Northern, New Jersey and Houston, Texas. It is a full-service media conglomerate that has served countless women through its years of operation. The entire media group consists of 20 platforms that have reached a cumulative audience of over 400 million individuals worldwide. 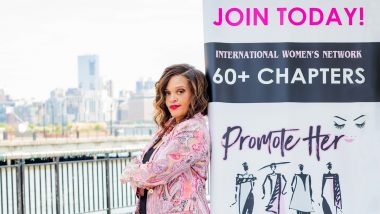 There is a clear underrepresentation of women everywhere. It seems that entrepreneurship and business are a man’s game, but unbeknownst to many, there are countless women who are more successful than any man out there. Najiyyah Brooks has taken it upon herself to empower women and expose the world to their success through her company, Brooks Media Group LLC.

Brooks Media Group LLC is based in Northern, New Jersey and Houston, Texas. It is a full-service media conglomerate that has served countless women through its years of operation. The entire media group consists of 20 platforms that have reached a cumulative audience of over 400 million individuals worldwide.

The renowned media group leverages each of their platforms to stay top of mind with its consumers and small business clientele. Brooks Media Group LLC currently owns and manages twenty subsidiary brands that aid the company in delivering a concise marketing message that resonates with a well-defined audience of empowered women, especially those that belong to minority groups.

Brooks Media Group LLC is home to platforms that excel in television streaming, radio streaming, social media and a most coveted opt-in subscriber email community. The esteemed company also has four magazines that come in the form of digital and physical media. Brooks Media Group LLC is a massive media group that operates a nationwide organization of small to medium-sized business owners.

Najiyyah Brooks has structured her media conglomerate in a way that brings value to its clients and sponsors by effectively positioning their brands that would definitely interest their audience. Brooks Media Group LLC is fully dedicated to adding value to their audience’s lives.

The female-owned conglomerate also gives other women a chance to shine within their respective industries. Brooks Media Group LLC does this by positioning their clients on their Promote Her Channel, which streams on Roku, Apple TV, Amazon Fire Stick, Google Play, Web TV, YouTube and the NOW Network.

The platform has massively grown and has amassed over 400 million viewers worldwide. This massive influence has proven to be successful in bringing exposure to their female clients. Brooks Media Group LLC also streams on Level Up Radio, the company’s very own online radio station that reaches 180 thousand listeners worldwide. They invite their clients as experts by way of their podcasts and interviews on Level Up Radio.

They will also get featured in the company’s digital and print publications, namely DIVA Zone Magazine, Power Couples Magazine and Savvy CEO Magazine. Brooks Media Group LLC caters to the needs of its clients and sponsors by consistently endeavouring to reach an affluent, educated, and cultured audience.

In the near future, Naijiyyah Brooks envisions her company entering the global stage. She sees the shared workspace that she has built for women for their Promote Her Network opening in five more cities over the next five years at a minimum. With the way things are going, Brooks Media Group LLC is positioned to become a massive media conglomerate, reaching the top and helping women all over the world attain the success that they so rightfully deserve.