Adding to the list of blockbusters, Mukesh Asopa’s Depth Of Pyaar is now available on Amazon Prime. Mukesh Asopa is a renowned film director and producer, alumni of Barry John Acting Studio, and a member of the Directors Guild of Canada. 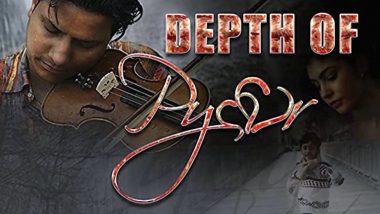 Adding to the list of blockbusters, Mukesh Asopa’s Depth Of Pyaar is now available on Amazon Prime. Mukesh Asopa is a renowned film director and producer, alumni of Barry John Acting Studio, and a member of the Directors Guild of Canada. Since his debut in 2009, with the release of Aisha and Rahul, Asopa has gained much acclaim for his style, which with every new release sets a new bar. Asopa in the past years has gained recognition for his unique approach to achieving a cinematic feel,  that is not only filled with new and deep concepts but also addresses several existing norms such as generational communication struggles.

Depth of Pyaar is Asopa's newest work released in 2019. It is a multi-lingual film that anchors on character and interpersonal conflict between two brothers named - Yash and Ansh. Where Yash is a young lawyer, Ansh is a social recluse suffering from serious social anxiety. Some of the major themes explored in this film are familial connections, romantic love, and love of justice, with a twist of a crime committed by a sociopathic criminal that affects the protagonists. This movie is all about how far a person is willing to go at the hands of people he/she loves. It encapsulates the power of love and how it plays an integral part in all our lives.

Like all of Asopa’s previous films, Depth of Pyaar also promises a  satisfying experience. Up until now, it has won 50 awards and has been nominated for another 40 nominations. Speaking for itself, filmed in a style that reflects a complex society we all live in, this film goes above and beyond its goals and is one of Mukesh Asopa’s best films to date. It can be watched on Amazon prime and is also available on the Asopa film’s website.

Amidst such trying times, if one is looking for great films to watch, Asopa’s Depth of Pyaar is a must. Comprising a captivating story, highly talented artists, and a storyline that will keep one stuck to the screen, Depth of Pyaar is a finely bred product of utmost detail highlighted elements, creative theme, and subtle features.  An unconventional family drama capturing comprehensive research and artistic spirit, Depth of Pyaar is now out there for the grabs. Subscribe now.