Banita Sandhu - the debutante from the Batch of 2018 is a delight on-screen and affable off-screen. The UK-born -year old millennial who hails from an NRI Punjabi family in South Wales shared screen space with Varun Dhawan in Shoojit Sircar's directorial venture, October. With TV commercials and short films to her credit, this English Literature student regaled us back then with her heady promotional style. Keeping up the hype and giving us a glimpse into the millennial style basket, Banita's recent photoshoot saw her flip effortlessly from one smouldering vibe to another. With a petite frame, lustrous locks and a whiff of confidence, Banita styled herself for the shoot.

Shot by Aviraj Singh, Banita's off-screen out-of-the-box style offerings deserve a dekko as she went on to personify the three crucial virtues of millennial style – easy, chic and cool. Banita Sandhu Keeps It Simple but Gorgeous in This 90s Inspired Test Shoot Leaving Us Asking for More!

Banita Sandhu - All That Smoulder and Sass

A blazer dress with black lace trimmings was cinched for a sleekness at the waist with a belt by Maje. Black boots, centre-parted sleek hair, delicately lined winged eyes, glossy mauve lips and defined eyebrows rounded out the glam. Banita Sandhu Is a Delight in White in This Throwback Photoshoot! 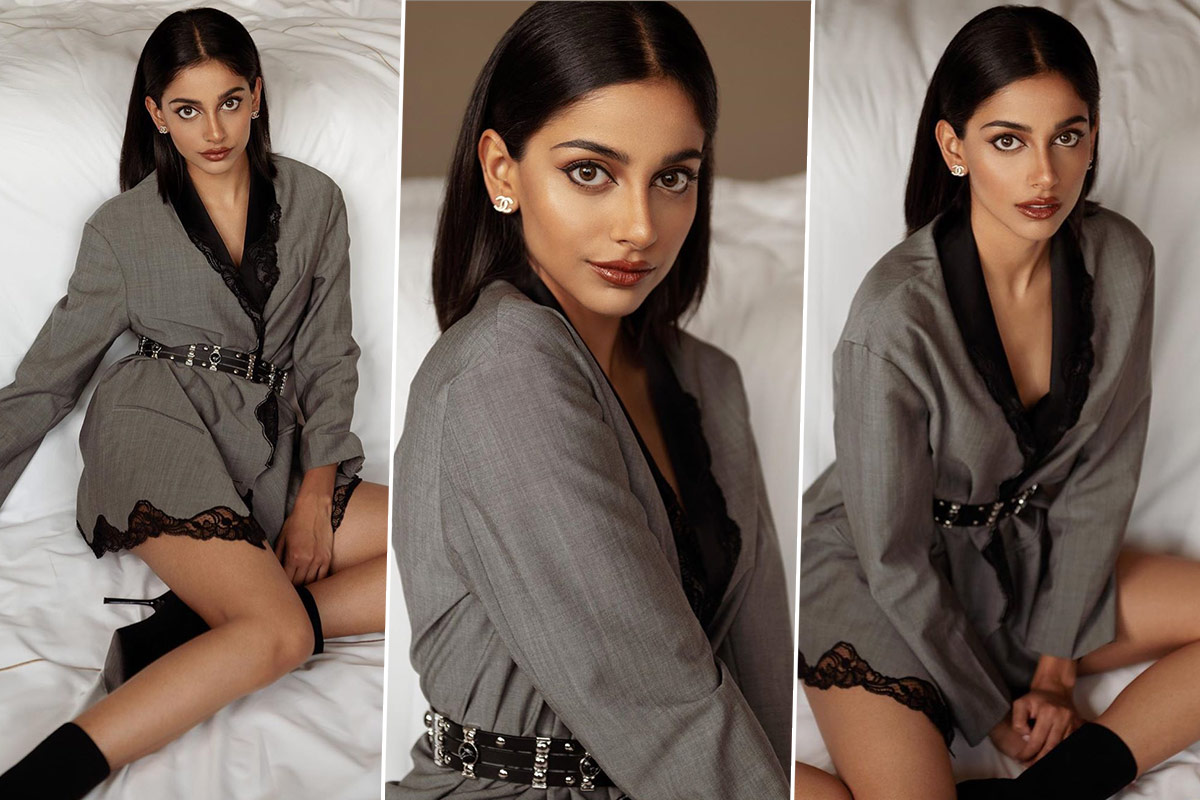 On the professional front, Banita was last seen in the 2019 Tamil romantic drama film, Adithya Varma with newcomer Dhruv Vikram, a remake of the Telugu film Arjun Reddy (2017). She will be seen in Eternal Beauty, an upcoming drama romance film, written and directed by Craig Roberts. She will also be seen in Sardar Udham Singh, an upcoming biographical film directed by Shoojit Sircar alongside Vicky Kaushal in the lead role of Udham Singh.

(The above story first appeared on LatestLY on May 29, 2020 02:57 PM IST. For more news and updates on politics, world, sports, entertainment and lifestyle, log on to our website latestly.com).