If asked to rate, who do you think will score the most number of points? Will it be Sonam Kapoor or Himanshi Khurana? 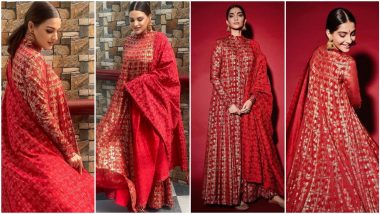 Masaba Gupta is a name that's on every celeb's wishlist. The popular Indian fashion designer who also has her own Netflix show is quite a name in the industry circle and shares an amazing rapport with almost everyone. Hence, it's no brainer that many celebrities decide to wear her designs and flaunt them on special occasions. While celebrities like Sonam Kapoor, Kiara Advani and Kareena Kapoor Khan, to name a few have worn her outfits in the past, former Bigg Boss contestant, Himanshi Khurana is the newest name to join the list. Fashion Faceoff: Radhika Apte or Mira Rajput, Who Nailed This Saaksha & Kinni Outfit Better? (View Pics).

Himanshi earlier took to her Instagram account to share pictures from her newest #ootd. She wore a red Masaba Gupta Anarkali with gold foil print all over it. She also accessorised her look with a pair of traditional red and gold jhumkis. With nude lips, highlighted cheeks, subtle eye makeup, curled eyelashes and well-defined brows, she completed her look further. 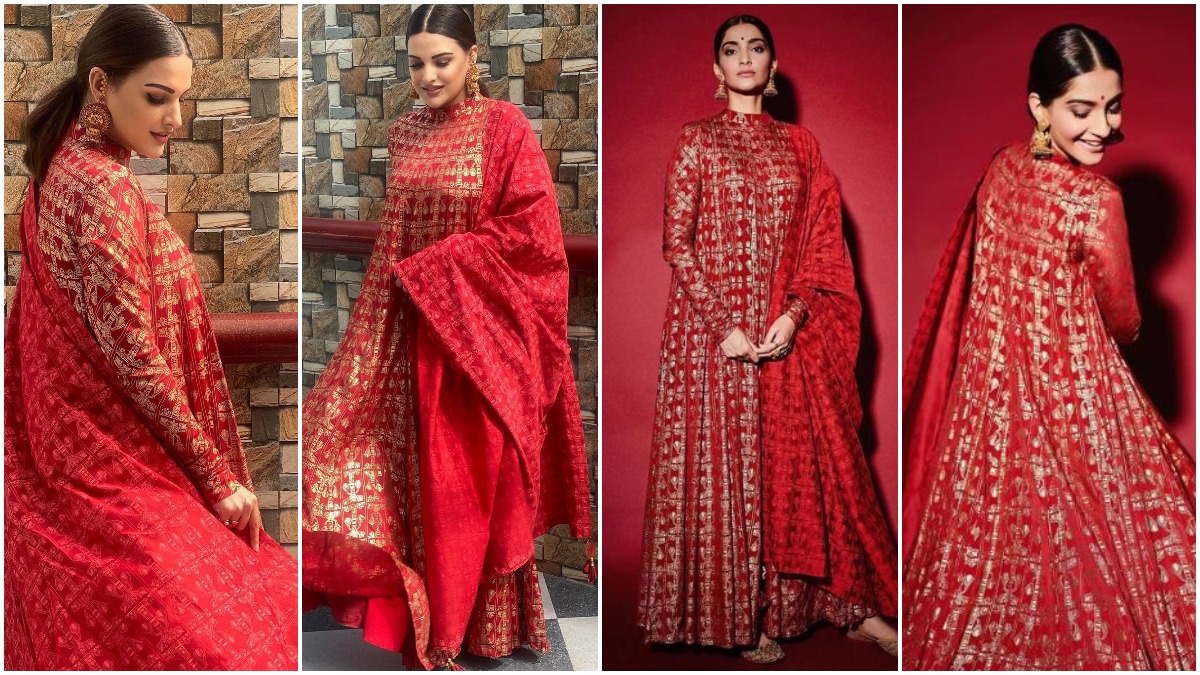 For those who follow fashion closely, would know that Sonam Kapoor had previously adorned it for one of her appearances. The Veere Di Wedding actress had opted to go for a completely traditional look by picking juttis with her outfit and hair styled in a classic bun. She had then rounded off her look by opting for nude lips, subtle makeup and a simple bindi. Fashion Faceoff: Shilpa Shetty or Vidya Balan, Whose Colourful Torani Outfit Will You Wear?

If asked to rate, who do you think will score the most number of points? Will it be Sonam Kapoor or Himanshi Khurana? Drop your views on Twitter or simply choose the desired option from the box below.

Sonam Kapoor or Himanshi Khurana - Who Wore this Dress Better?

(The above story first appeared on LatestLY on Mar 23, 2022 09:00 AM IST. For more news and updates on politics, world, sports, entertainment and lifestyle, log on to our website latestly.com).