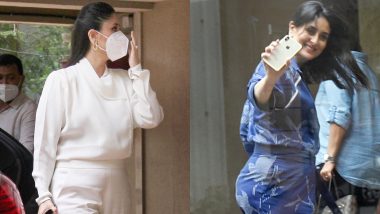 Kareena Kapoor Khan is one of the few Indian movie stars who have been working during the pandemic, as the lockdown restrictions have eased. She has shot for an ad film at the Mehboob Studios a few days back. Rumour has it that she will also shoot for Laal Singh Chadha amid heightened safety measures with Aamir Khan. Also, the actress who is a few months away from the due date of the second baby is once again flaunting her maternity style. Today, seh was spotted twice by the paparazzi, giving us two new maternity looks. Kareena Kapoor Khan Oozes a Rs.41,500 Worth of Comfort Chicness With Her Rajdeep Ranawat Ensemble!

First, Kareena was spotted wearing a white ensemble - high waist pants and a beautifully cut white top. The outfit looked casually and comfy but also was high on style. A few hours later, the actress was spotted again in a blue denim jumsuit. Check out the pictures below. 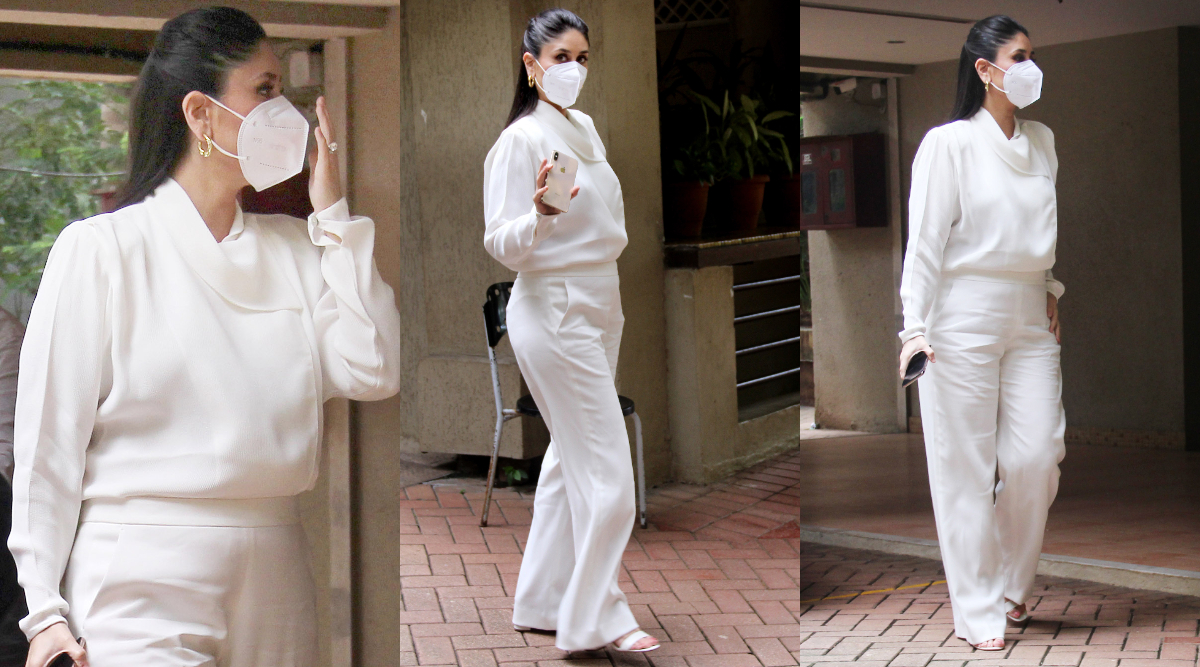 Kareena In A Blue Jumpsuit 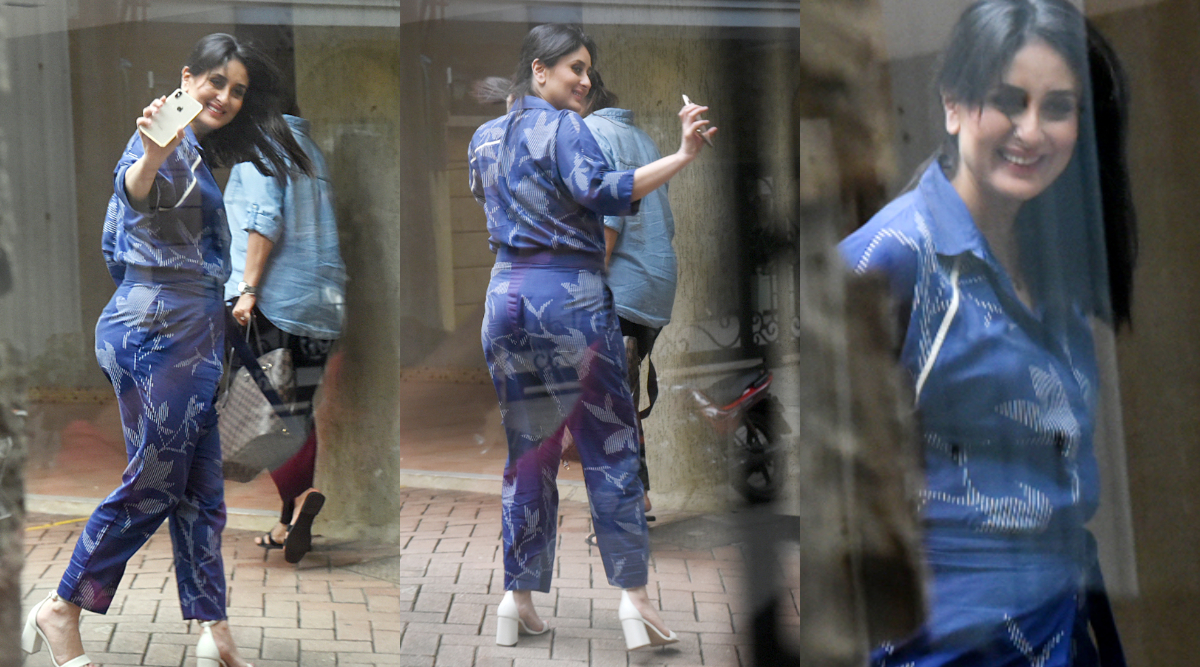 Both the outfit are worth stealing. Or, at least, worth spending a few hours on the internet to find a cheaper alternative of. Kareena Kapoor Khan Is Revamping Maternity Fashion, This Time With the Timeless and Lockdown Essential Kaftan!

On the work front, Kareena was last seen in the blockbuster film, Good Newwz. Interestingly, in the movie, she played the role of a pregnant woman. Of course, Laal Singh Chadha is her upcoming film which is the desi adaptation of Forrest Gump. Atul Kulkarni has penned the film. The actress will also shoot for Karan Johar's magnum opus, Takht soon.

Kareena worked throughout all the terms when she was pregnant with her first child, Taimur. She even walked the runway as a showstopper at the Lakme Fashion Week, apart from making an appearance on Koffee with Karan.

(The above story first appeared on LatestLY on Sep 20, 2020 07:10 PM IST. For more news and updates on politics, world, sports, entertainment and lifestyle, log on to our website latestly.com).