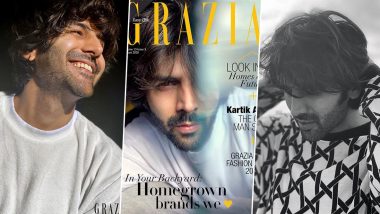 Kartik Aaryan shines on Grazia India's August edition and his cover though basic will make the fan in your blush. The Pati Patni Aur Woh actor is busy spending his time in a pandemic with his family and their social media posts together are already garnering all the right kind of attention. Tagging him as the one-man show, the issue focusses on his recent rise in the industry and his journey from being an outsider to the new hot favourite. Kartik Aaryan Being Paid More Than Rs 10 Crore For Ala Vaikunthapurramuloo's Hindi Remake? (Scoop Inside).

Kartik's messy hair, a quality best used to describe his personality is on display in his new magazine cover and we aren't surprised. With no exotic locales or a couture wardrobe, the magazine publications these days are focussing or should we say, allowing actors and their closeup shots to speak for themselves. Kartik's photoshoot shot amid the lockdown and keeping new safety protocols in mind will please his fans to the core. An actor who's out there marking his territory with every new outing, Kartik's the new blue-eyed boy of Bollywood and he's here to stay. Kartik Aaryan Reveals His Favourite Dil Bechara Scene from Sushant Singh Rajput's Last Film. 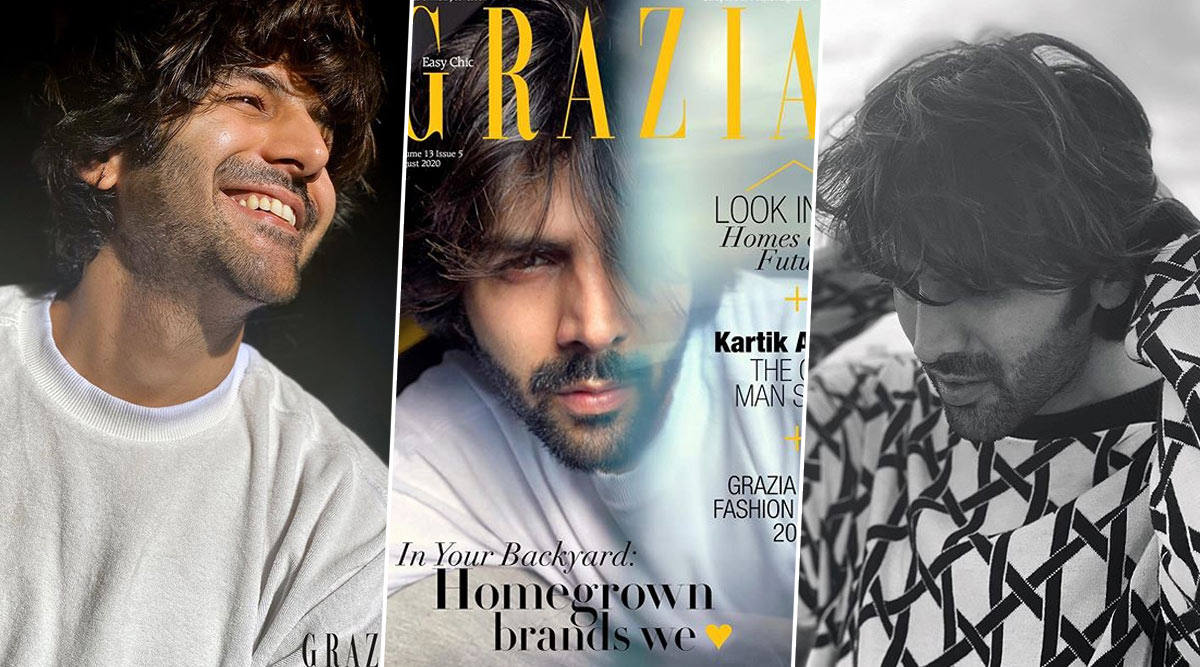 He's now looking forward to resuming shooting of his next horror comedy, Bhool Bhulaiyaa 2 with Kiara Advani. Post which, he also has Dostana 2 with Janhvi Kapoor and Lakshya Kapoor and is doing an action movie with Tanhaji director, Om Raut and has apparently signed the Hindi remake of Allu Arjun's hit Telugu movie, Ala Vaikunthpurramuloo. If this doesn't define exciting for you then we don

(The above story first appeared on LatestLY on Aug 11, 2020 04:20 PM IST. For more news and updates on politics, world, sports, entertainment and lifestyle, log on to our website latestly.com).