With a similar dupatta (not the outfit) and even the jewellery, one can derive a conclusion that Katrina Kaif was visibly impressed by Masaba Gupta's styling. 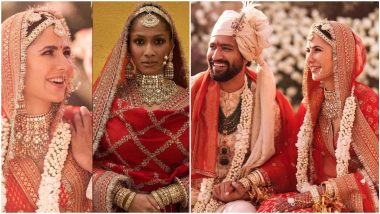 Firstly, we'd like to thank Katrina Kaif and Vicky Kaushal who didn't make us wait for too long before sharing their wedding pictures on social media. Amid the tight security and asking their guests to leave their phones in their hotel rooms, #Vickat decided to share their happy moments with their fans and our hearts melted with joy almost instantly. While Katrina looked like a dream in her pristine red lehenga choli from the house of Sabyasachi, the look wasn't really conceptualised from the scratch for the actress. Vicky Kaushal and Katrina Kaif Don Classic Sabyasachi Outfits for Their D-Day (View Pics).

Katrina, being a fashion enthusiast that she is, would obviously ask the designer to curate a special look for her D-day or so we thought. While we believed she'd scratch her head to get the ultimate look for her special day, she didn't really. In fact, Katrina's look was earlier conceptualised for Masaba Gupta when the designer posed for one of Sabysachi's earlier photoshoots. Her pictures had then gone viral on social media and the internet was in love with her pictures and different looks from the same. Katrina's wedding look too was inspired by the same photoshoot. Vicky Kaushal Weds Katrina Kaif: Is That Kat’s Big Engagement Rock on Her Ring Finger? (View Pic). 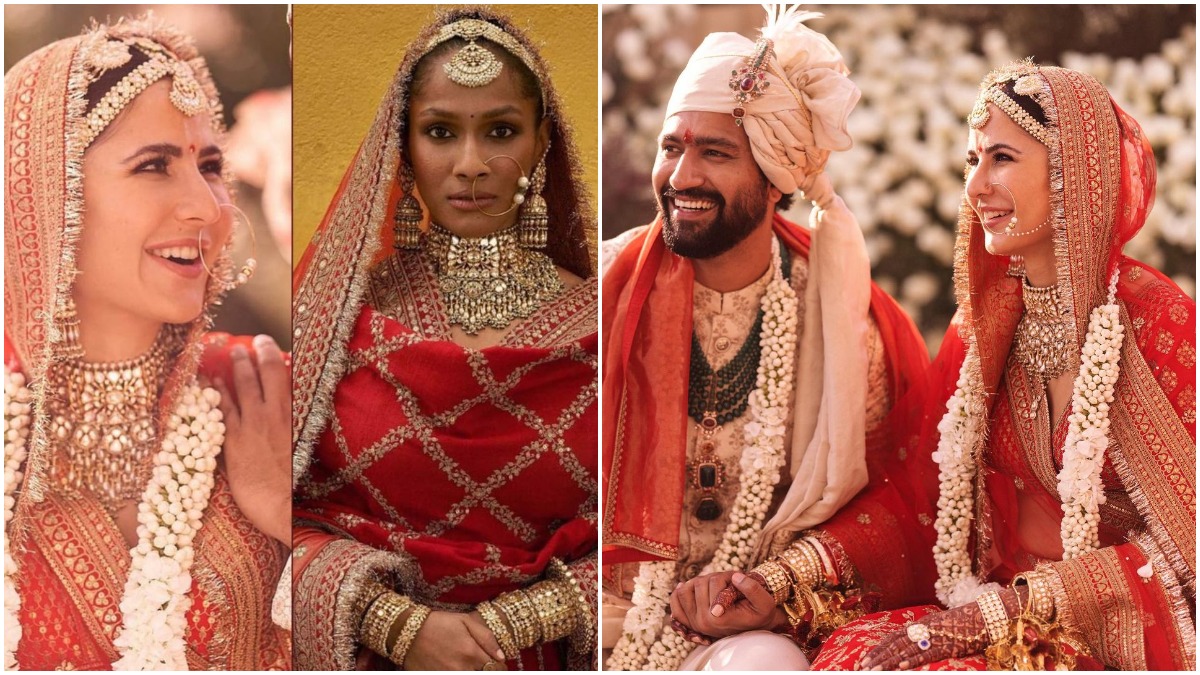 If you notice these pictures clearly, you'd understand that Kat's look bears a striking resemblance to Masaba's previous one. With a similar dupatta (not the outfit) and even the jewellery, one can derive a conclusion that Katrina was visibly impressed by Gupta's styling, so much so, that she decided to imitate it for her wedding day. As for Masaba, we bet the designer had some extra tips to share with the Sooryavanshi actress.

(The above story first appeared on LatestLY on Dec 09, 2021 11:25 PM IST. For more news and updates on politics, world, sports, entertainment and lifestyle, log on to our website latestly.com).