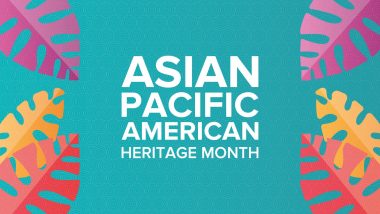 The month of May does not only signify the accomplishments and contributions of Asian Pacific Americans. It also observes the arrival of the first Japanese immigrant, a 14-year-old fisherman by the name of Manjiro on May 7, 1843.

Manjiro,  the first Japanese immigrant was adopted by American Capt. William Whitfield,  and was renamed John Mung.  Manjiro's arrival to America was riddled with drama and adventure. His remarkable passage into the states was riddled with drama and adventures. To put it mildly - it certainly was Drama on the High Seas when Manjiro and his fishing crew were caught in a violent storm.  The shipwreck eventually washed up on an island. Stranded 300 miles away from their coastal Japanese village, Manjiro was then rescued by an American Wailing ship and was later adopted by William Whitfield. Manjiro eventually returned to Japan and worked as a political emissary between his home country, and the West, thus ending Japan's centuries of isolation, the National Endowment for the Humanities reports.

Consequently, The Asian Pacific American Heritage Week was first established in 1979, to mark his arrival and also the completion of the transcontinental railroad which wouldn't have been possible without the 20,000 Chinese immigrants in May 1869.

In order to honour the accomplishments of these immigrants and their service to the United States, in 1979, President Carter introduced the first presidential proclamation, for Asian/Pacific American Heritage Week. However, on May 7,  1990, President George H.W. Bush issued a proclamation that expanded the observance of Asian/Pacific American Heritage Week to a month.

This Month, it is important to remember all the powerful,  influential Asian Americans and honour them for their contributions.

(The above story first appeared on LatestLY on May 06, 2021 02:27 PM IST. For more news and updates on politics, world, sports, entertainment and lifestyle, log on to our website latestly.com).