Choti Holi 2020 Day and Date: When is Holika Dahan And Dhulandi? Know All About Celebrations Associated With The Festival of Colours 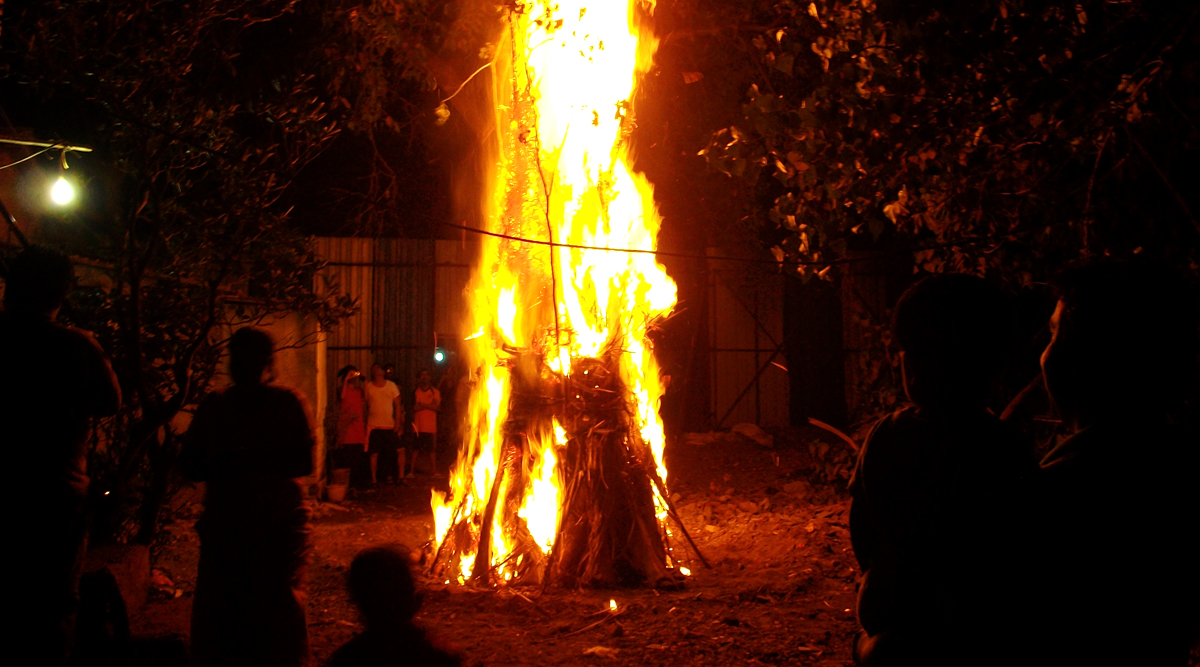 The festival of colours, Holi 2020 is just about ten days away and are you excited? Choti Holi or Holika Dahan 2020 will be marked on March 9 and the next day will see the celebration with colours, Badi Holi or Dhulandi on March 10. It is a celebration that allows one to play and enjoy and immerse in colours and water. Rightly called as the festival of colours, Holi signifies the arrival of the spring season in India. The way the festival is celebrated also differs from state to state and the names of celebration are also varied. Ahead of this festival, we tell you more about the history, significance and celebrations of Holika Dahan and Holi. Holi 2020 Interesting Facts: Things About The Indian Festival of Colours That You Didn't Know Of.

History and Significance of Holika Dahan

The most popular legend behind the Holika Dahan is that of Prahlada, a follower of Lord Vishnu. As per the story, King Hiranyakashipu was a brutal king who considered himself to be God. He wanted everyone to worship him, but his son disagreed and remained a loyal devotee of Lord Vishnu. An infuriated Hiranyakashipu wanted to cruelly punish his son. He asked his sister Holika to help and made Prahlad sit on her lap while she sat in a fire. But Lord Vishnu saved his devotee and Holika was charred in the fire. The Holika bonfire thus signifies a celebration of good over evil.

Since then, people light a bonfire on the night of Choti Holi, which is also called as Holika Dahan. People perform a small pooja and express their devotion to God. The bonfire is said to be symbolic of burning all the bad and evil things.

The festival of Holi is where children are allowed to get dirty with colours and have immense fun. So it is undoubtedly a favourite time for them. Even elderly people get together and join in the celebrations and play with colours. As we get closer to these celebrations, we wish you all a very Happy Holi 2020!